This Vanilla Wafer Banana Pudding is a lighter take on the pudding made famous by Magnolia Bakery with vanilla wafer cookies, banana slices, and pudding made extra creamy with whipped cream. 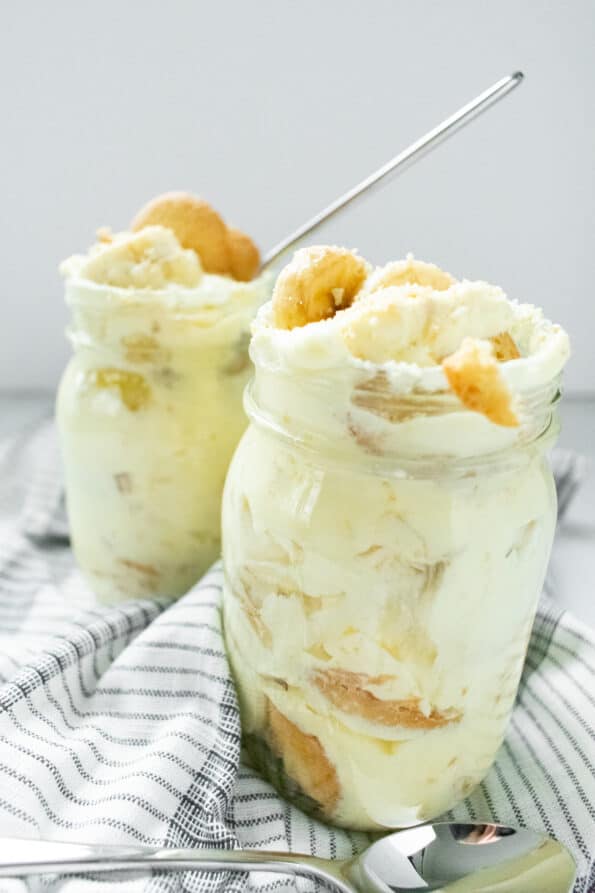 Banana pudding, though probably having a much longer history than Instagram, was recently made famous on social media by Magnolia Bakery in NYC. Their viral pudding is showcased in cups of overflowing creamy banana pudding with chunks of cookies and banana swirled throughout, it's drool-worthy to say the least. It doesn’t even stop there, their banana pudding acts as a base for other flavors, like Carrot Cake Banana Pudding, Nutella Banana Pudding, Peanut Butter Oreo, and on and on. It makes it something you just completely need to taste asap!

The pudding mixed with cool whip idea is pure genius – it’s so fluffy, creamy, and light. Normally, icebox cake is just made of pudding or whipped cream. Mixing the two together almost makes it feel like a mousse. The vanilla wafers end up softening like they do in an icebox cake and you get big chunks of cookies throughout. There’s just something about chunks of softened cookie swirled into things like pudding or ice cream for me. 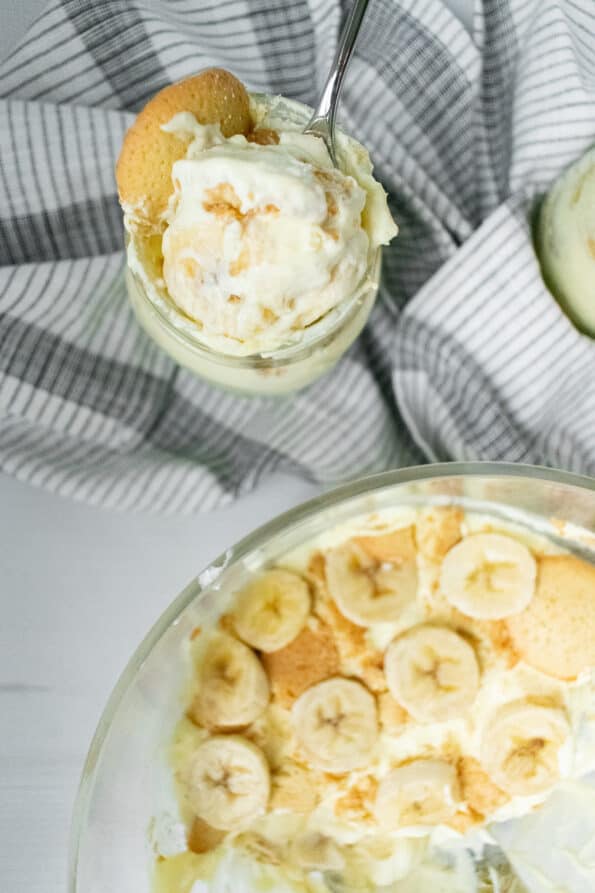 This recipe is not the same as theirs (they’ve posted the original recipe in their Instagram story highlights), but I’ve instead lightened it up. The swaps I’ve made are using some nonfat milk instead of sweetened condensed milk and low-fat cool whip instead of homemade whipped cream made with heavy cream. These two swaps lighten the dessert up considerably, but really leave the flavor quite the same. While admittedly homemade whipped cream has a dreamier taste and texture than cool whip – there’s really not all that much difference.

Since this is a lightened-up version, you can go ahead and enjoy this as a nightly treat. Yup, I said on a daily basis. You can create this as a large & beautiful trifle for a party dessert or even assemble them as smaller trifles in mason jars to eat as individual servings when you’d like to. Each serving comes out to 174 calories, which is considerably low and easy to fit into a meal plan.

The best part about this pretty dessert is that it's also extremely easy to put together. There’s no baking and it's made with only two bowls. You can get really creative with the flavors too, just like Magnolia does. Use their photos as inspiration! 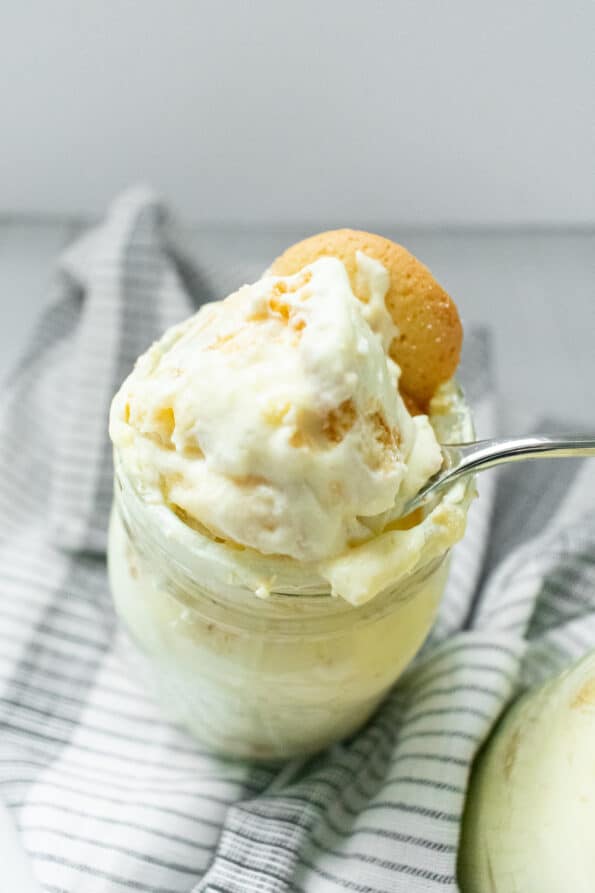 Jell-O – Just use a regular packet of instant Jell-O mix to make this (not pudding that’s already made). This packet gets mixed with 3 cups of cold mix to make the vanilla pudding base.

Cool whip – The low-fat kind will cut out a bunch of excess calories without sacrificing all too much. This gets mixed in with the pudding once it's solidified in the fridge to make the cool whip-pudding base.

It's best eaten within the first 3 days but will keep for another day or two after that window. 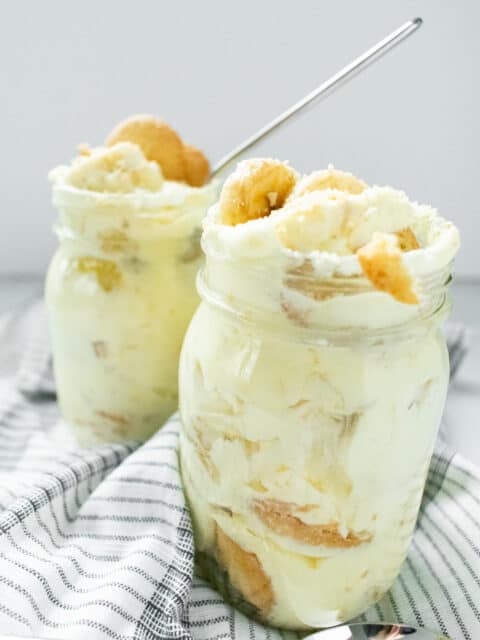 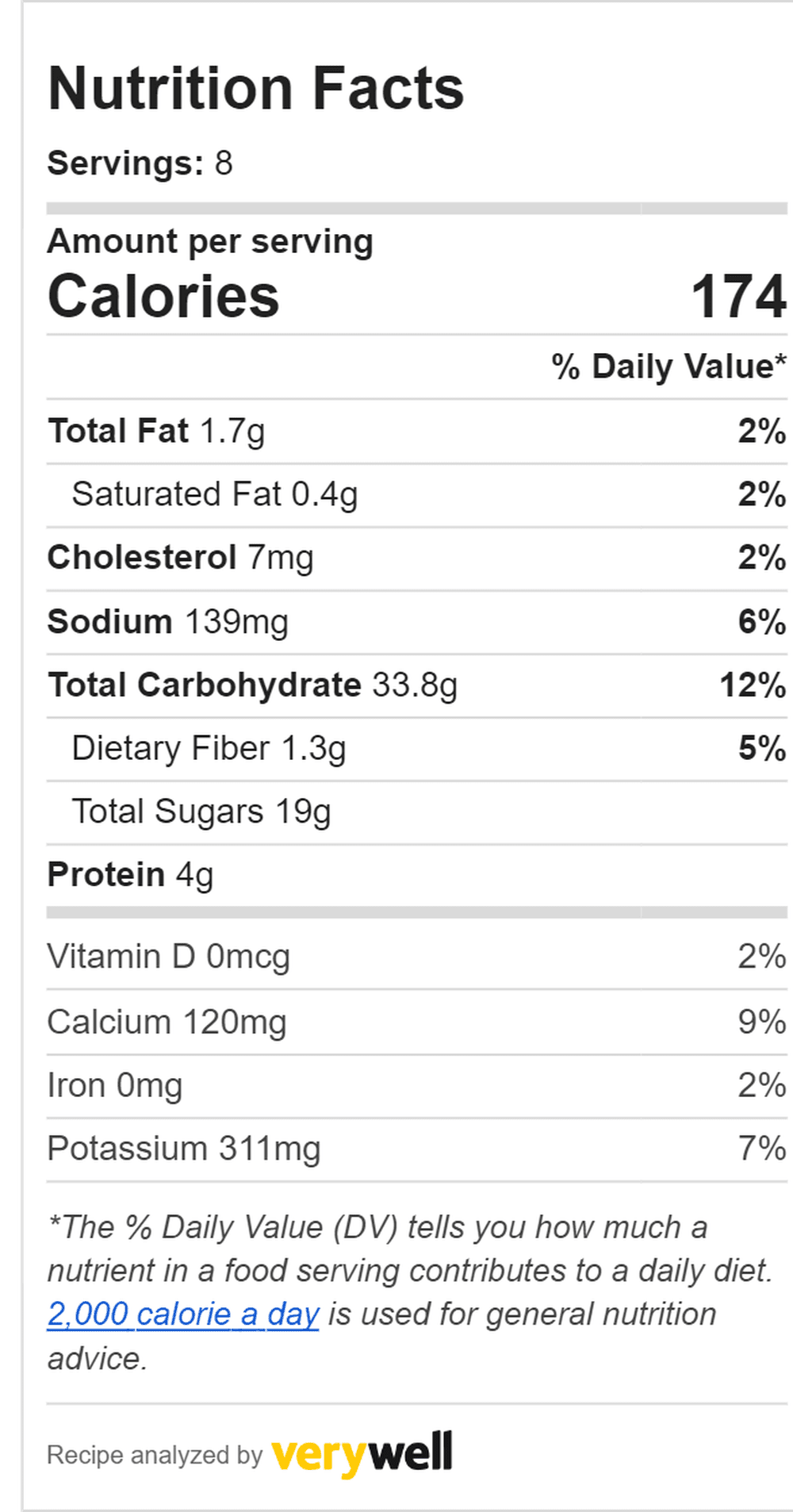 If you make this recipe or any others on Bite your Cravings, I’d love to see and feature your delicious creations on my Instagram page! Post your recipes and tag @biteyourcravings so I can see them!