Garlic & Olive Oil Pork Chops are prepared with simple ingredients, but stand out with big chunks of garlic and an outer crust that's formed from charring. 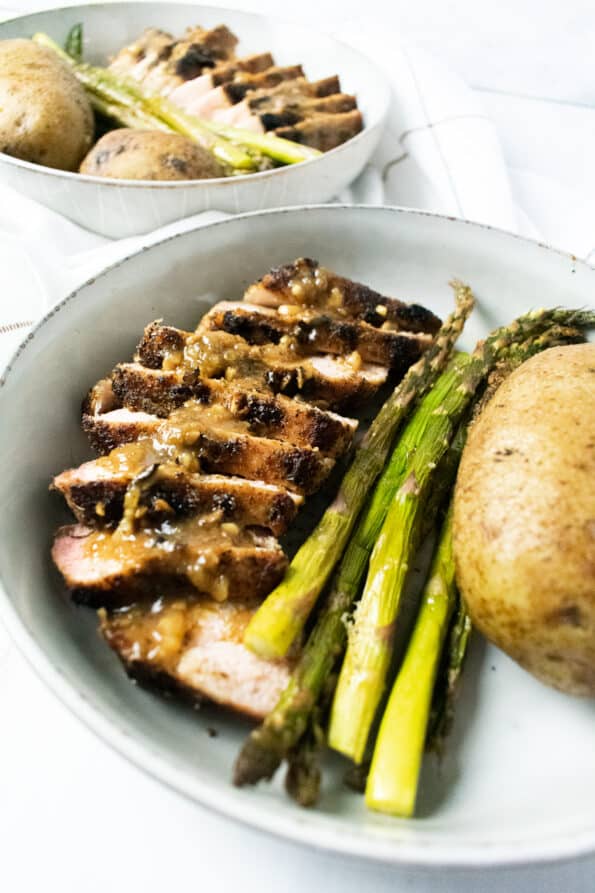 This dish features pork chops seared at a high enough temperature so that a crust forms on the outside of the pork chop. It’s coated in herbs, chunks of garlic, and massaged with olive oil. It starts on the stove on high and finishes off in the oven. This leaves the outside crispy and the center juicy.

This method of cooking is used typically to get a sear on the outside, but lets the inside retain juices and cook a little slower. It's usually done with red meats, but you can also cook chicken, fish, or even tough vegetables like this. I cook steaks in a very similar way - seared at a very high temp on the stove and then I let the inside finish and mellow out in the oven.

The ingredients are so simple that you probably already have them in your spice cabinet. But don’t mistake simple for bland. Combined together, they’re strong and pungent. It starts with a spice rub of the herbs oregano and parsley, along with salt and pepper that bring out the flavor. 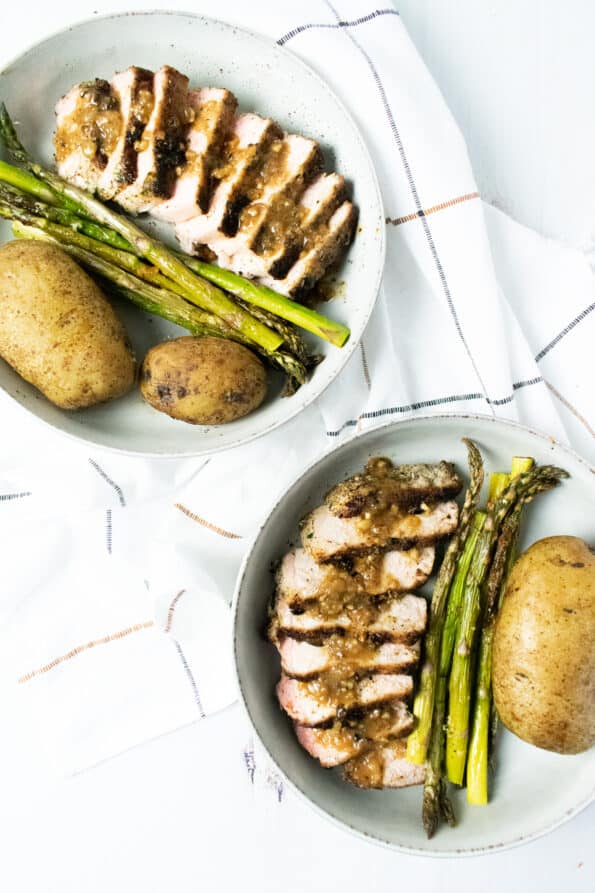 Then the pork gets drizzled in olive oil and rolled in pieces of raw garlic clove. These chunks of raw garlic are the overpowering flavor, especially once it gets all charred and roasted, the flavor deepens. The olive oil helps bind all the seasoning to the meat and helps get a nice sear in the pan and form a crust.

This preparation is flexible enough to have as a simple meal during the week or to dress it up for a fancier meal. I love to cook with pork chops and pork tenderloin because they’re a flexible lean meat that can still come out juicy if you use a few tips.

A lean meat just means that it has less fat content in it than other cuts of meat. This makes the calories mostly come from protein. That being said though, since there is less fat, it makes it very easy to overcook a pork chop. Pork is finished in the oven after 10-15 minutes or when the center reaches 145 degrees F. Investing in a meat thermometer will leave less guessing and more accuracy. Plus, you won’t have to cut the meat open to check before it’s had a chance to rest.

You can either choose to leave the pork chops whole to see the nice char on the meat or slice them beforehand. You can also serve them with a pan sauce over it. The pan sauce is very simple and uses the browned bits from the bottom of the pan as the base of the sauce.

The pan drippings (from anything) are loaded with flavor and it’s a waste to toss them! Simply deglaze the pan, add in some broth, and some cornstarch if you want to thicken it, and you got yourself a sauce that’s already cooked and seasoned itself. Since we seasoned the pork with lots of Italian herbs and bits of garlic, that will be the underlying flavor, but it will also have the juices from the pork, as well as olive oil remaining in the pan. 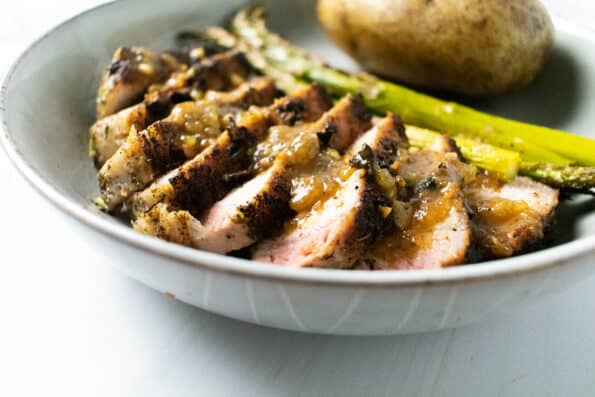 Keep these pork chops tightly stored in the refrigerator for up to three days. You can reheat them in the microwave, oven, or on the stove. Although, they will be much drier from the microwave. 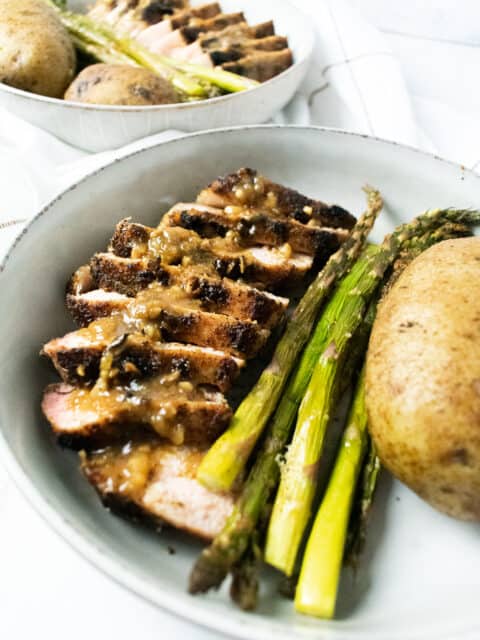