Loaded Baked Potato Soup is a twist on the favorite side dish. It's creamy, smooth, cheesy, quick to make, and of course, comforting on a cold day. 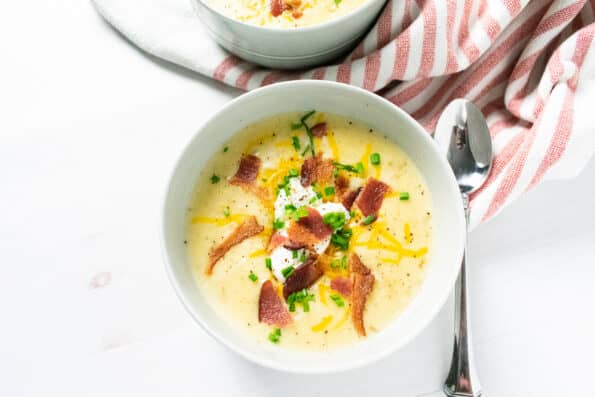 There are a handful of soups I try to make every year before the winter passes. Chicken noodle soup (obviously), French Onion soup (a must), Stracciatella (childhood favorite), and this new one that I’ve come to love. In my opinion, the best soups taste great and fill you up.

This take on a loaded baked potato is a fun way to have the same flavor you enjoy as a side dish – but in a different form. I love dishes that are a play on what flavors and forms they usually are!

Because this soup has potatoes in it, it is filling! Often it's enough as a main course for us. It also comes together in under 30 minutes, which it’s really nice to have in your back pocket since some soups need all day. 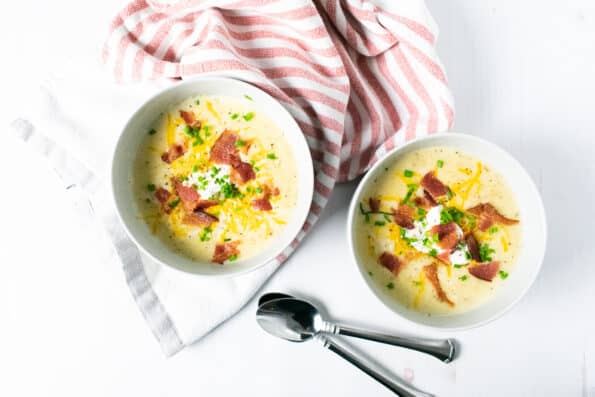 This Loaded Baked Potato Soup is a creamy soup, which means that the base of it is cream and not broth. Creamy soups are filling, but they’re usually loaded with more fat and calories because they rely heavily on butter and heavy cream.

In previous posts, I’ve explained the connection between calories and macros. But to simplify here – protein and carbs have 4 calories per gram while fats have 9 calories per gram. So, if we look at the nutrition info for a high-fat dish, it's often going to have correlating high calories. And yes, this is one reason fat is often misunderstood as “bad for you”. But just as we need proteins and carbs, we also need fats; all in moderation. 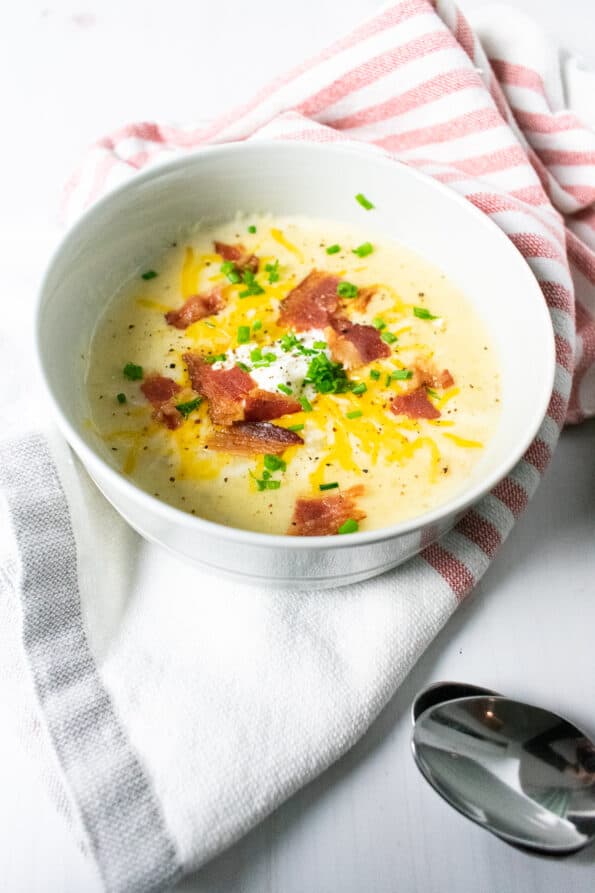 My goal when revamping this dish was to rebalance the macros out so that its less high in fat and thus lower in calories. The most obvious swap being that the heavy cream had to go. Milk and broth combined are often a great substitute.

You can really use this formula for making many cream-based soups. Some notes and tips on the other ingredients in the dish: 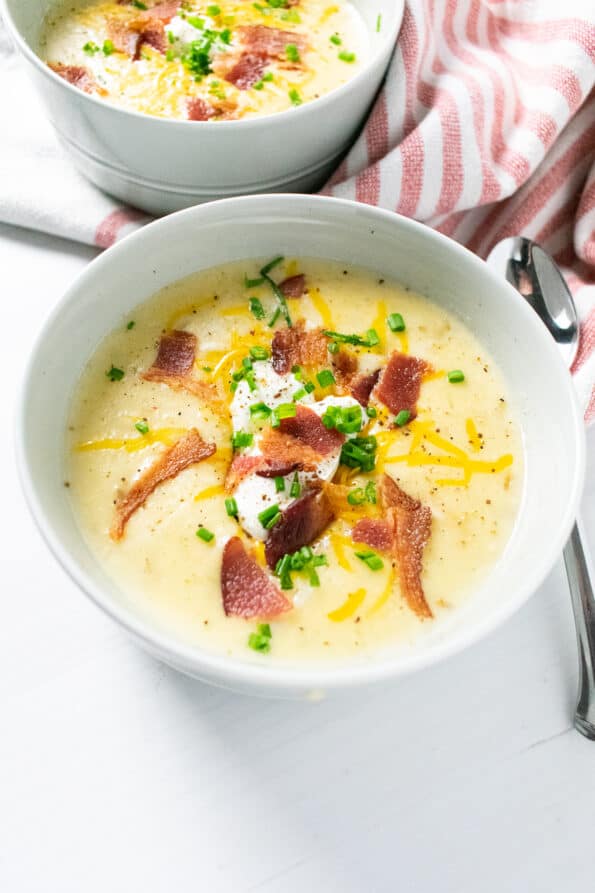 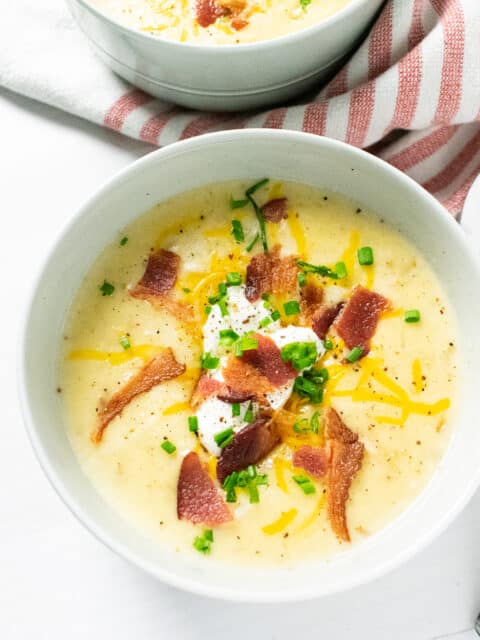 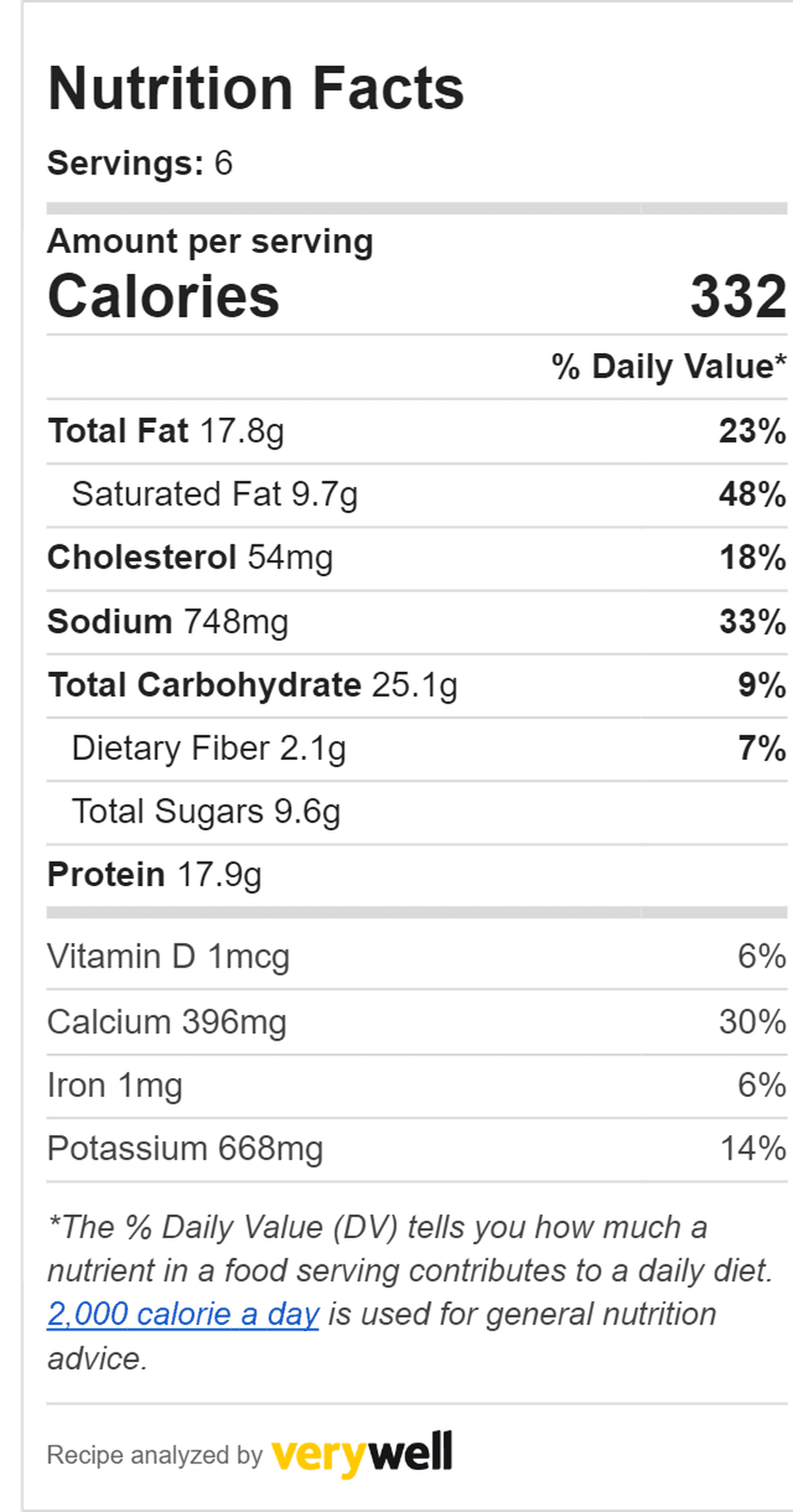