Homemade Stromboli is a comfort food classic with its rolled layers of cured meats and cheese, baked until crispy, and eaten while dipping in some marinara. It’s a sure crowd pleaser and a great make-ahead dish! 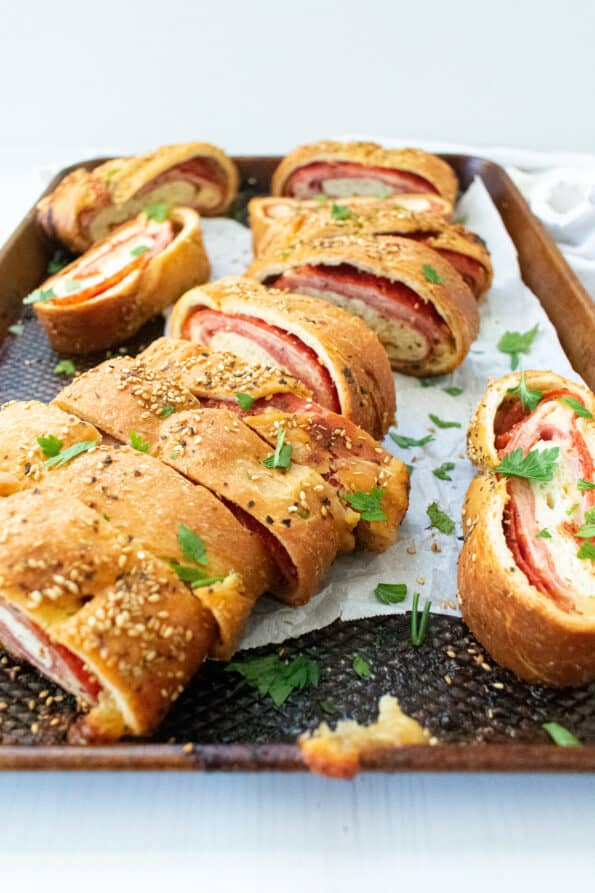 I looove this recipe and I’ve been wanting to share this for so long, so I’m really happy that the time has finally come! I learned how to make this recipe from my mom, so you know it’s a family classic. The best part about Homemade Stromboli is how deceptively complicated it looks. Even if you mess up, the colors and pattern inside are still going to look beautiful. Yes, layers of meat can be beautiful!

Also, it tastes really freaking good and is always a requested treat. I’m biased, but I think that it also makes a great football appetizer. Its become synonymous with Superbowl parties and Fantasy Football drafts for us. I’ve been told before to make sure the Stromboli makes an appearance! 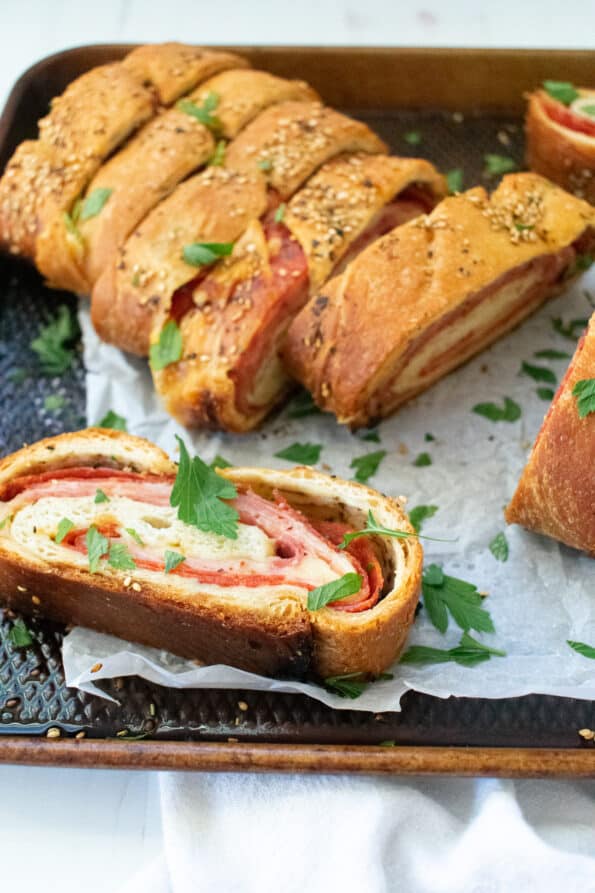 If you’ve ever made cinnamon rolls or a jelly roll before, the technique is exactly the same. Lay out the dough, place your filling inside, and roll it up. In this case, we bake the whole Stromboli as one so that the cheese and oil from the meats stay inside and don’t ooze out. Then we cut it after its cooled a bit.

No worries if you’ve never made a dish with this technique before, it really is beginner-friendly and may even encourage you to make other things with the same method! Hint: these cinnamon rolls are a huge hit on the blog. 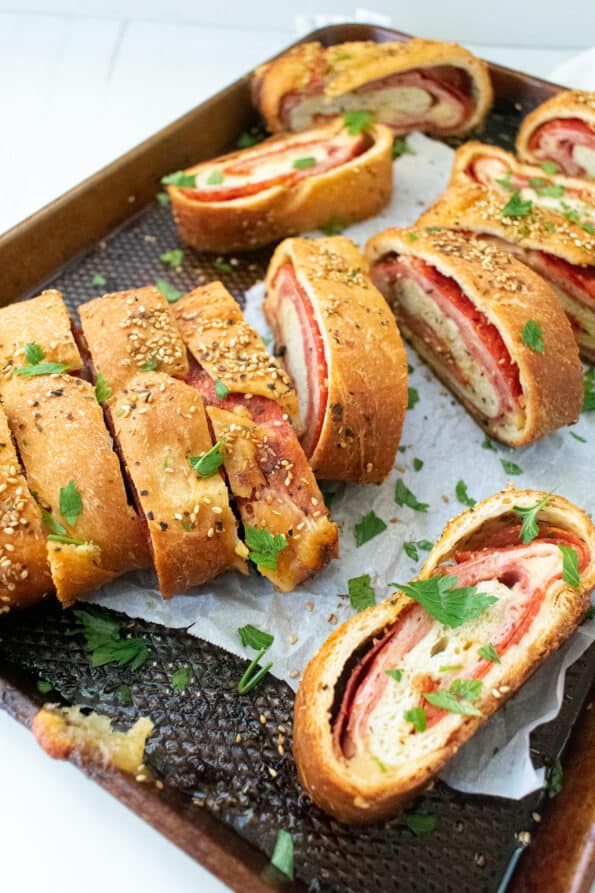 While we’re at it, this combination of meat and cheese is definitely my favorite, but you’re free to choose whatever your heart desires! I’ve used roasted red peppers and different Italian cured meats like thinly sliced soppressata before. A little pesto drizzle would be fantastic too. A tip regarding using wet ingredients though: drain as much liquid out as possible and do not add sauce to the inside or you’ll wind up with a soggy dough center. The sauces you want to use are for dipping after its baked, not stuffing.

Another tip, if the dough is not rising after 60 minutes because it's still cold, place it in an oven-safe bowl, heat the oven to about 200 degrees and leave the dough in for 3-5 minutes. The warmer the dough is the quicker it will rise, but be really careful to not cook the dough! I repeat, do not forget about the dough in the oven, haha! 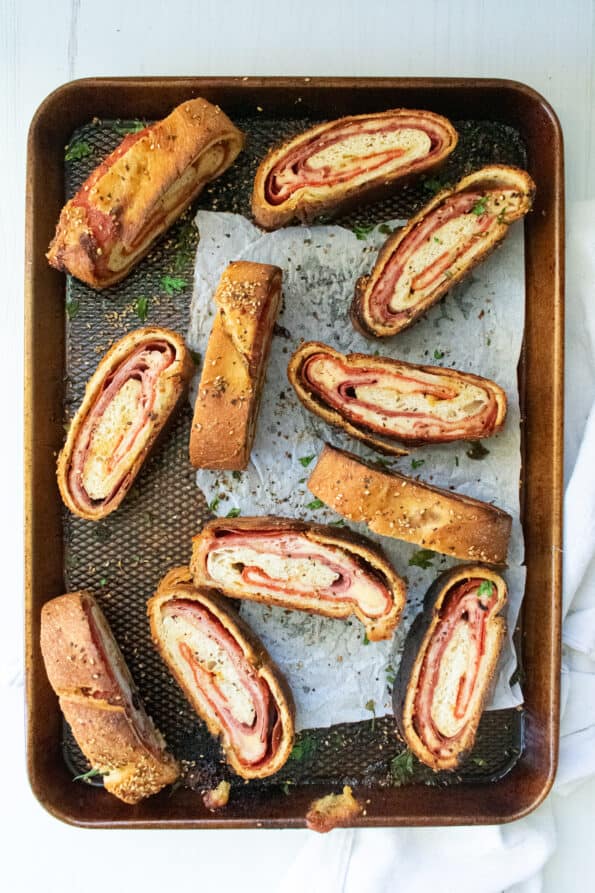 Stromboli is a great make-ahead dish too. If you’re entertaining and want to prep this in advance, go right ahead and stop right before baking. If you won’t be baking this for over a week, go ahead and wrap it & freeze. It will thaw just fine before baking, but make sure you let the dough totally come to room temp.

As for leftovers, they’ll keep just fine in the fridge for a few days; although they’re not likely to last that long when people know they’re in there! Stromboli is surprisingly filling, so about 2-3 per person, if that’s all they’re eating, is plenty. This recipe makes roughly 16 pieces, depending on how you slice it. 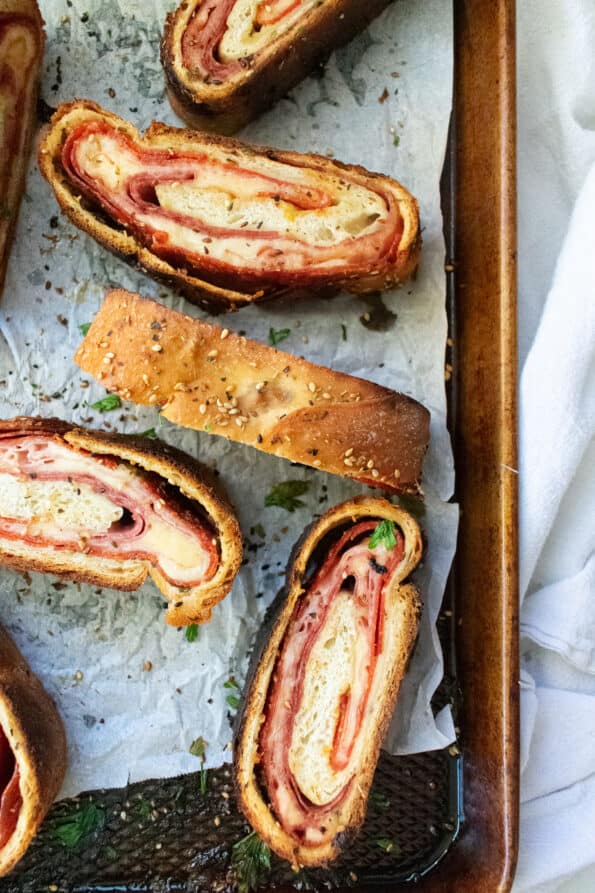 Actually, each slice is pretty reasonable in calories because it's so filling and you’re able to cut the entire Stromboli into so many pieces. However, it is high in sodium because of the cured meats so pay attention to your portion size if that’s an issue for you. And if you’re sensitive to salt, don’t be surprised if you are bloated the next day after you eat 4 of these! It has nothing to do with carbs – I promise you. Salty foods make you retain water for a bit, which temporarily reflects in a higher weight. Just don’t weigh in tomorrow ????. What goes without saying is that this dish is obviously high in protein due to all the meats and cheese – aka the good stuff! Don’t forget the sesame seed topping – and serve with some good quality marinara sauce! 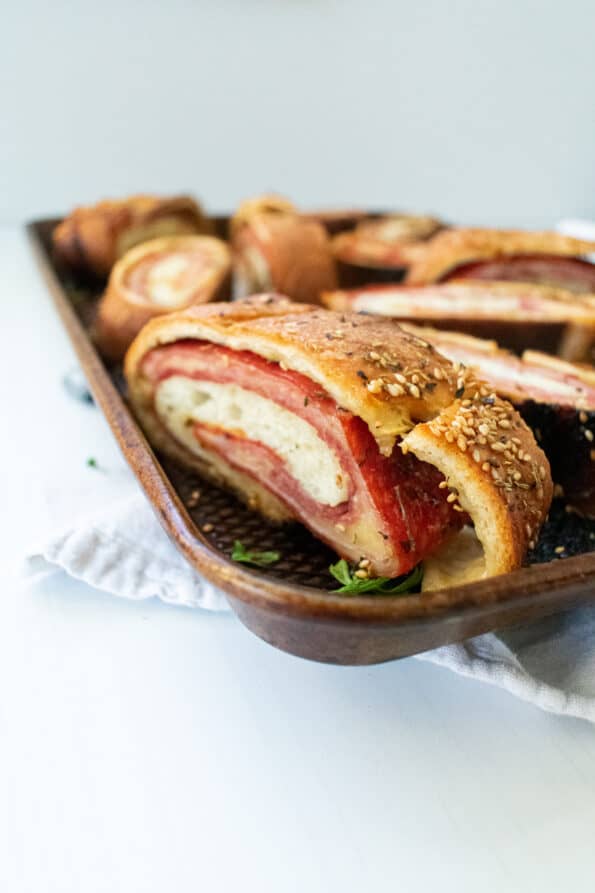 AS ALWAYS, IF YOU MAKE THIS - PLEASE LEAVE A REVIEW BELOW! 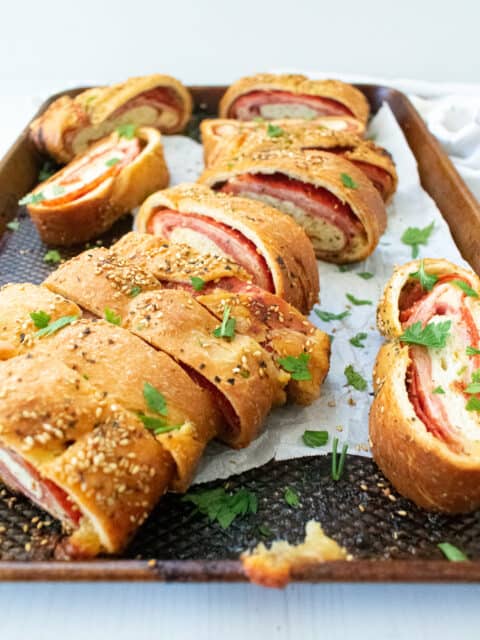 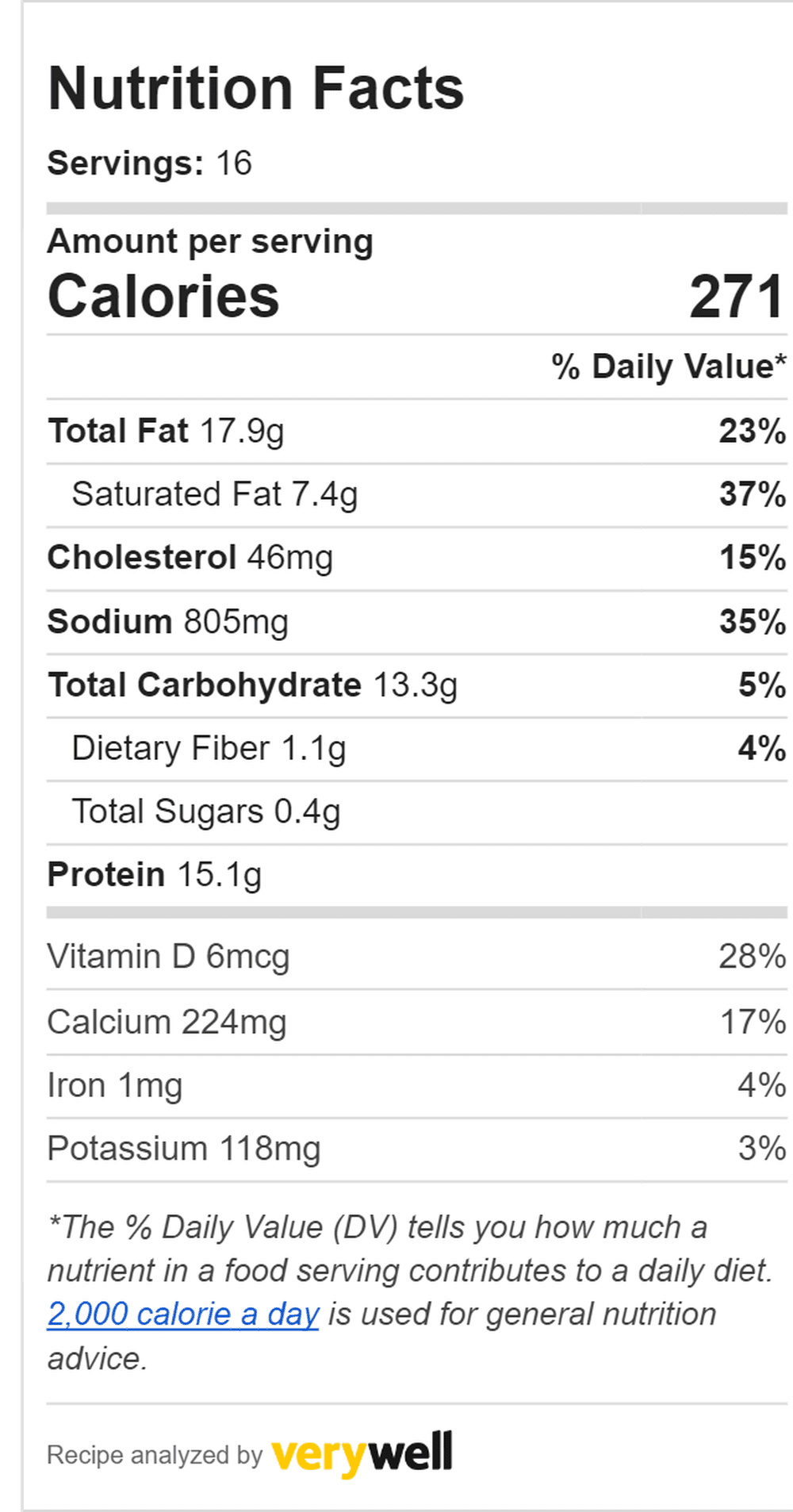