It’s been painfully long since I’ve experimented in the kitchen. Long hours of studying after work and wedding preparations left us in a recurring cycle of solid fallback recipes. Don’t get me wrong - I love taco night, but sometimes doesn’t the “usual” get so tiring? Tonight I’m carving out 15 minutes to prepare this simple, but full of flavor salmon dinner.

We try to eat at home as much as possible; but lately take out and going out has been pretty common. Which - my tastebuds are very happy, but I need some nutrition stat. Salmon - packed with omega 3s with some mashed cauliflower and spinach will do just that. 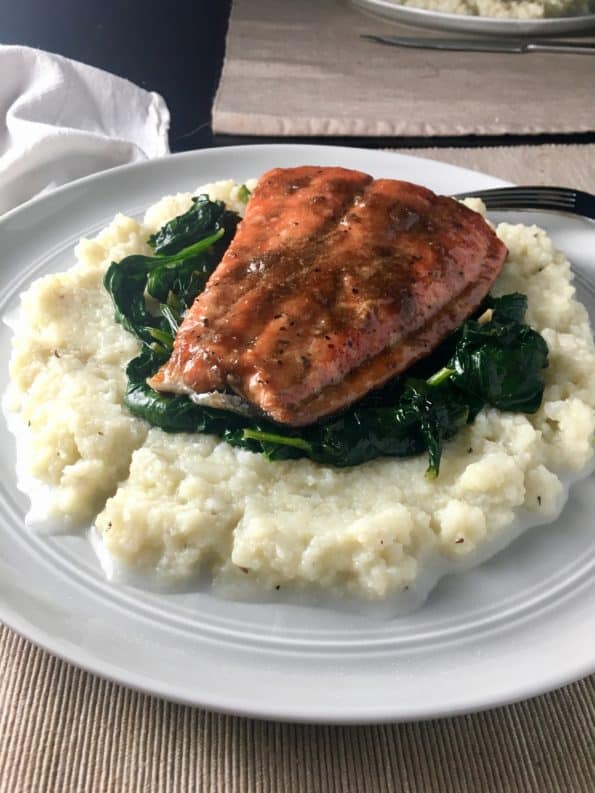 Prep the cauliflower before starting the fish because it actually takes longer. Cut the stems off the cauliflower and chop the rest into small chunks. Boil them in 1 ½ cups of water with a little bit of salt for 15 minutes.

While that’s going, make the marinade for the fish. This simple marinade is made with just brown sugar, olive oil, pepper, soy sauce, and garlic powder. Mix the ingredients together before coating it onto the salmon. Then it bakes for just 15 min at 400.

Switch back to the cauliflower when the salmon is in the oven. Start to break up the larger pieces with a potato masher or the back of a large fork. When most of the water has evaporated, mix in ¼ cup of milk (whatever your preference is), 2 tbsp butter, ½ tsp salt, ½ tsp ground pepper, 1 tsp garlic powder, and ½ tsp dried parsley. Keep this going on a low heat until the consistency has thickened.

I played this with the salmon on top of the cauliflower which was awesome. 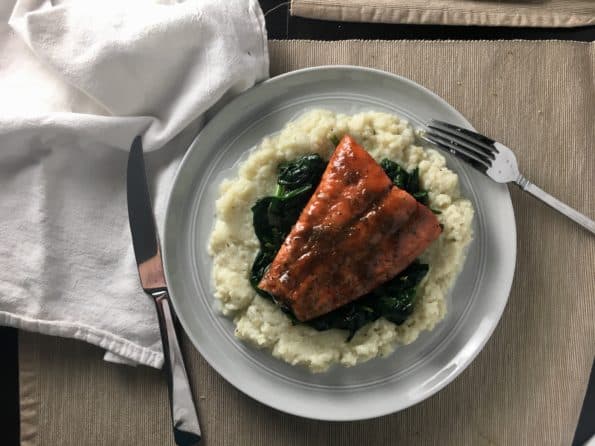 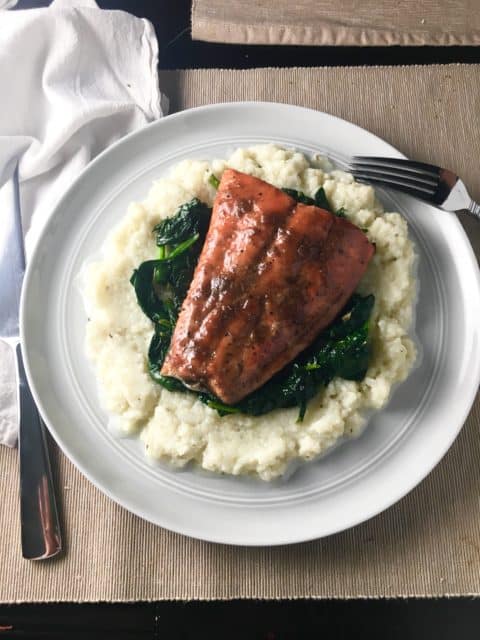