These Baked Apple Cider Doughnuts are your favorite Fall treat made at home in your own kitchen for half the calories while still tasting like you got them at the farm stand! 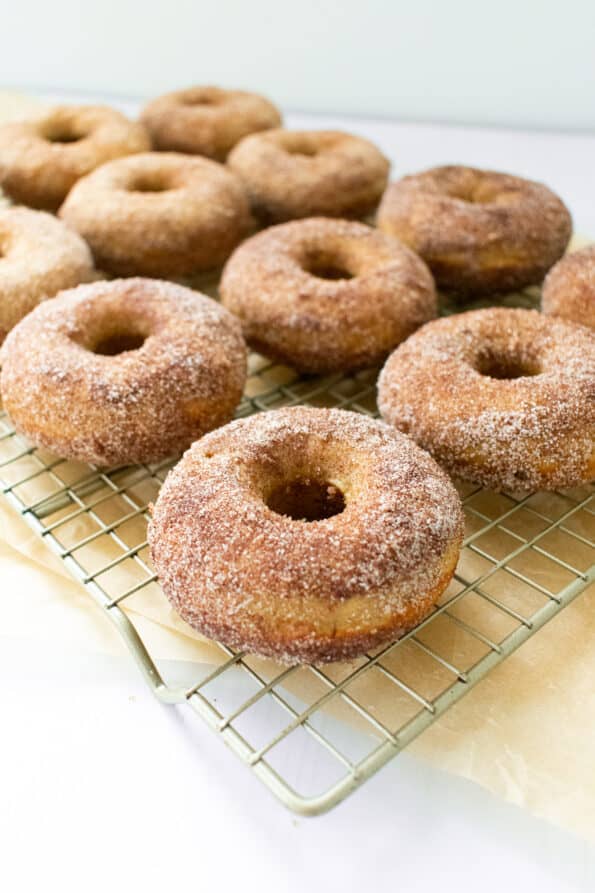 If you’ve never had an apple cider doughnut before and don’t realize that they’re synonymous with the Fall, I don’t blame you. My husband exposed me to them only a few years ago, however, I fell in love with them instantly because of the fried crisp outside paired with the incredibly soft crumb inside exploding with apple cider flavor.

Possibly the best thing about them is that you buy them from farm stands at apple orchards that are fried fresh right then and there. So needless to say, the whole thing is an experience and we seek them out every Fall. They go hand in hand. This is one way cravings can influence us. We have an experience or a tradition that warrants eating certain foods. For example: eating cake on birthdays, popcorn at the movies, or your grandma’s dish on a holiday. This can add to the whole experience or it can be a negative habit. 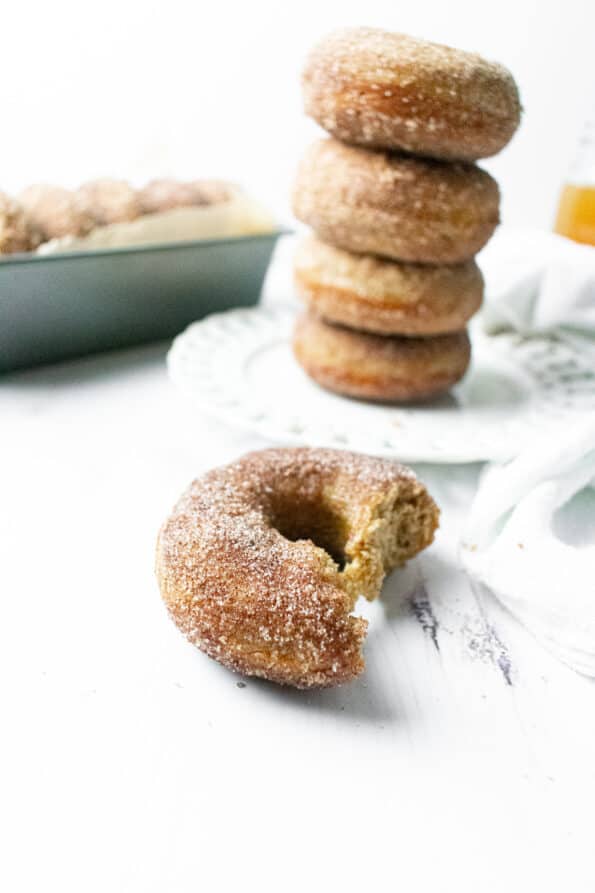 This is one thing I struggled with early on in my weight loss journey because I didn’t want to deprive myself of the foods I wanted, but I also had this goal I was working towards. It felt like I was stuck in this lose-lose situation. In my experience, its been all about finding a happy medium. Whether that’s through ingredient substitution, serving size, or meal planning balance. 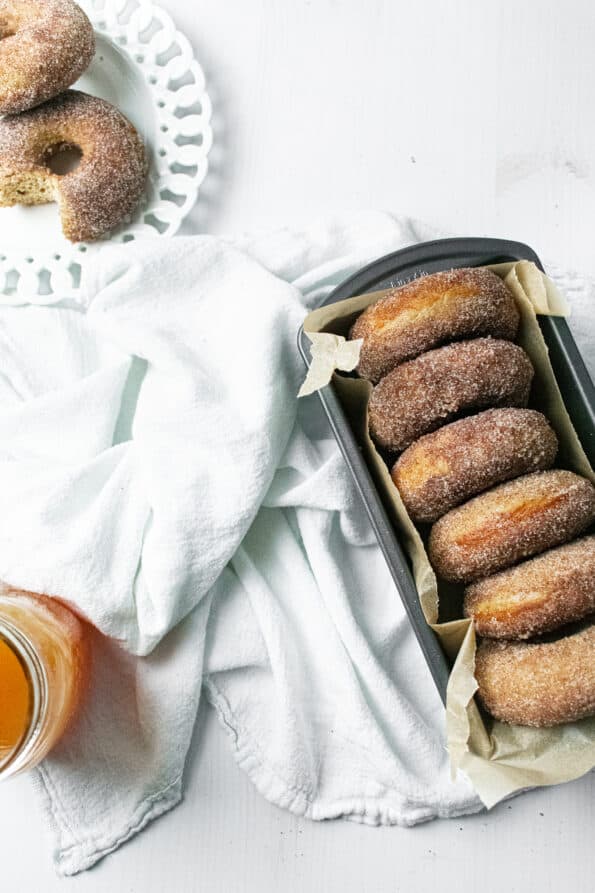 Dessert and sweets are a BIG craving for me, so having good recipes at my disposal that either curb my cravings or calories is a must. So, for these Apple Cider Doughnuts, I wanted to figure out how I can eat the most amount of doughnuts for the least amount of calories. The ending result was 150 calories per doughnut that do not taste like they’re missing a thing! Typically, a doughnut is somewhere between 200-400 calories depending on if they’re fried or baked. So I’m pretty happy with being able to have two of these if I wanted for just 300 calories! 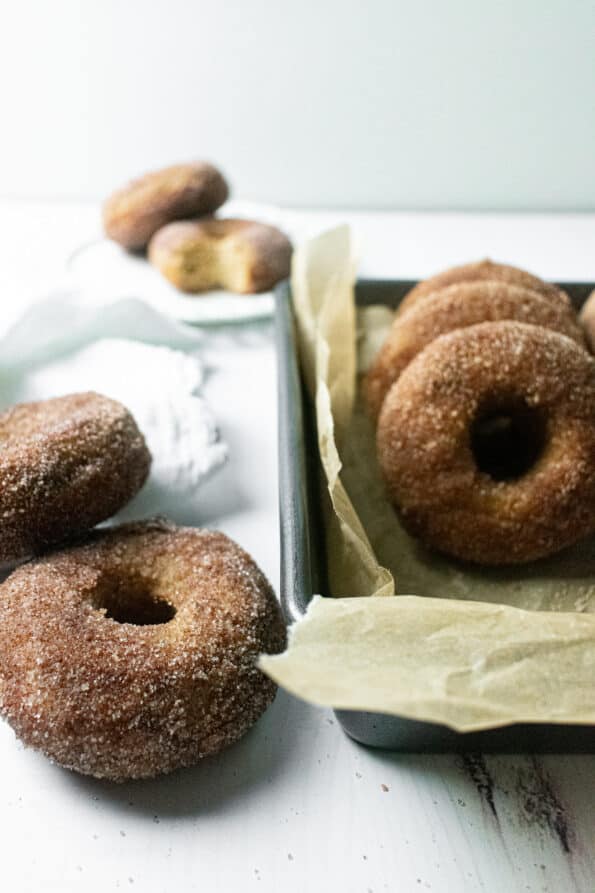 A few things about this recipe, these doughnuts are baked instead of fried which makes them extremely easy. The apple cider flavor is strong because it gets reduced beforehand so the result is a really concentrated apple flavor. Lastly, you do need a doughnut pan for this recipe!

AS ALWAYS, IF YOU MAKE THIS RECIPE - PLEASE LEAVE A REVIEW BELOW! 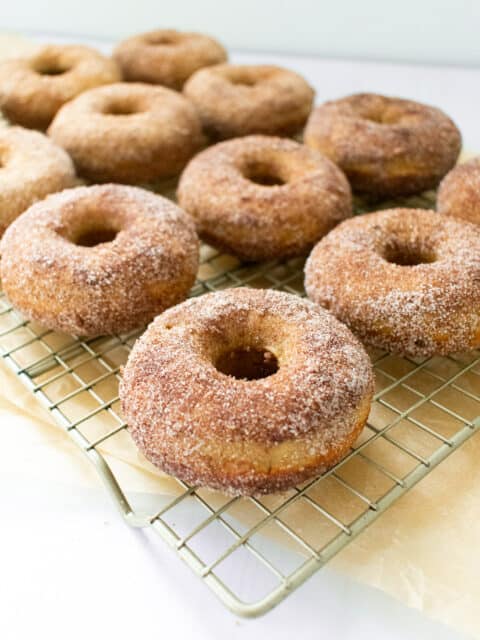 Store the doughnuts on a tray, covered with cling wrap. Try to not stack them as it makes them sticky. They will last about 5 days. 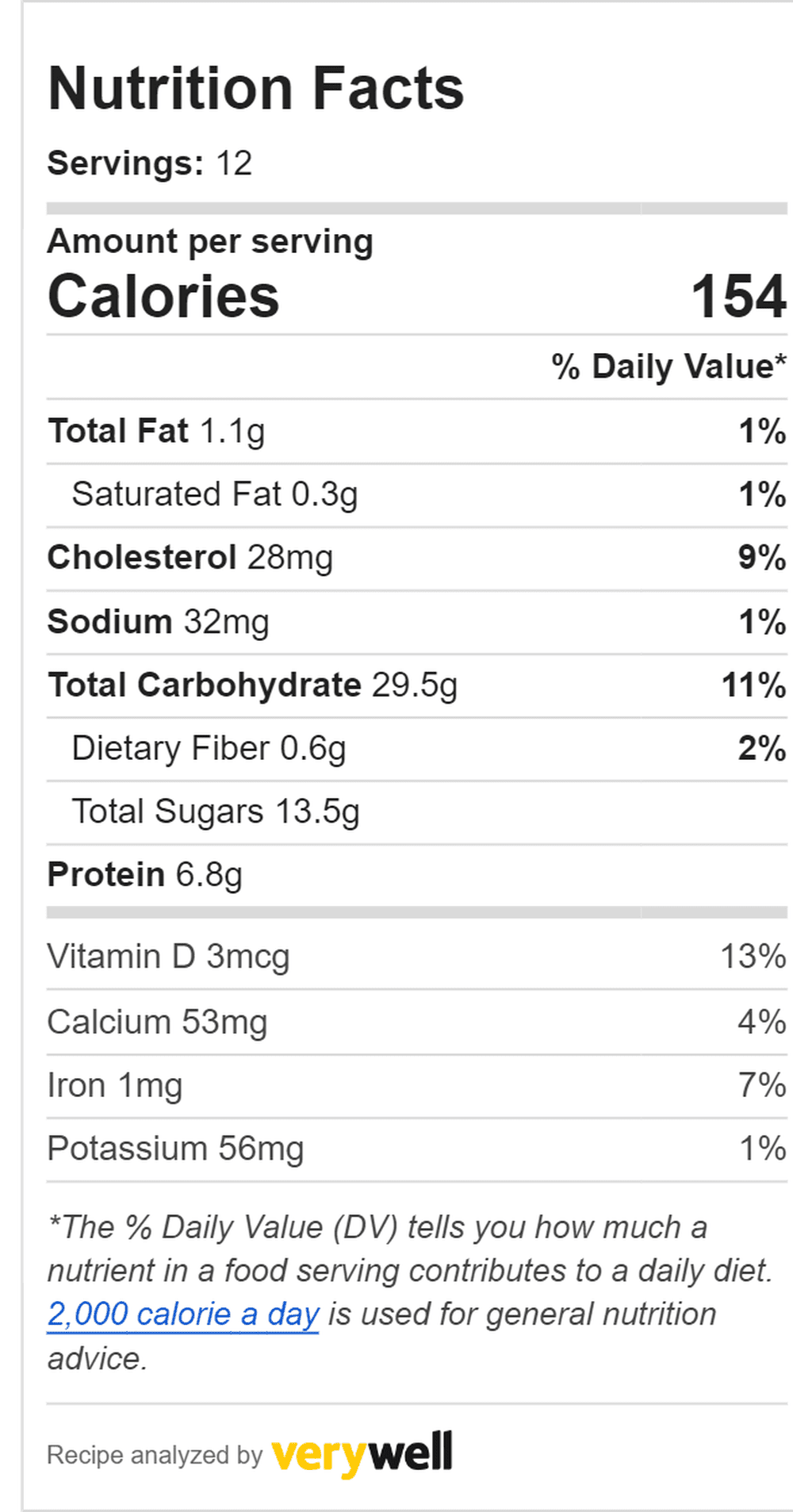