Indulge and impress with this extremely flavorful and moist Triple Chocolate Fudge Layer Cake for any special occasion or just for the sake of chocolate cake. 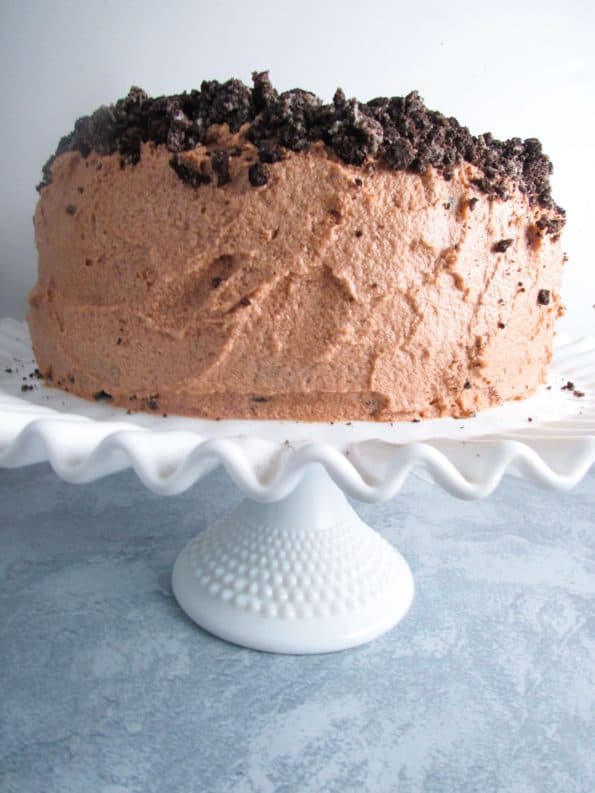 Baking from scratch is an act of love to me. Its true that baking is chemistry and you need to follow the steps and measurements precisely to have the same results again and again (maybe that’s why my Type A personality is drawn to it), but still – the results of said precision tastes like pure heaven only because someone cared enough to do it. Which brings me to this recipe that I made for my husband’s birthday.

His request was for all chocolate; intense, fudgy chocolate and I was determined to give him exactly that. Around here, I’m the dessert addict who wants all of it while he could kind of care less – unless its excellent. So, I knew his annual birthday cake had to be the best one yet. The results? He told me it was restaurant quality and is not letting me take any of it in to work. That is the most flattering compliment I could get considering he’s my toughest baking critic! In fact, by time I post this I guarantee this four-tiered Triple Chocolate Fudge Layer Cake will vanish from my kitchen.

My goal for this cake was for it to scream “chocolate”. Are you someone who doesn’t care for chocolate cake because you’ve had too many bland and dry versions? That’s me. I even went through a phase of thinking I didn’t like chocolate cake. Oh, was I wrong; I, in fact, love chocolate cake. This moist, fudgy, thin layered cake with unbelievable fluffy frosting proved that to me. 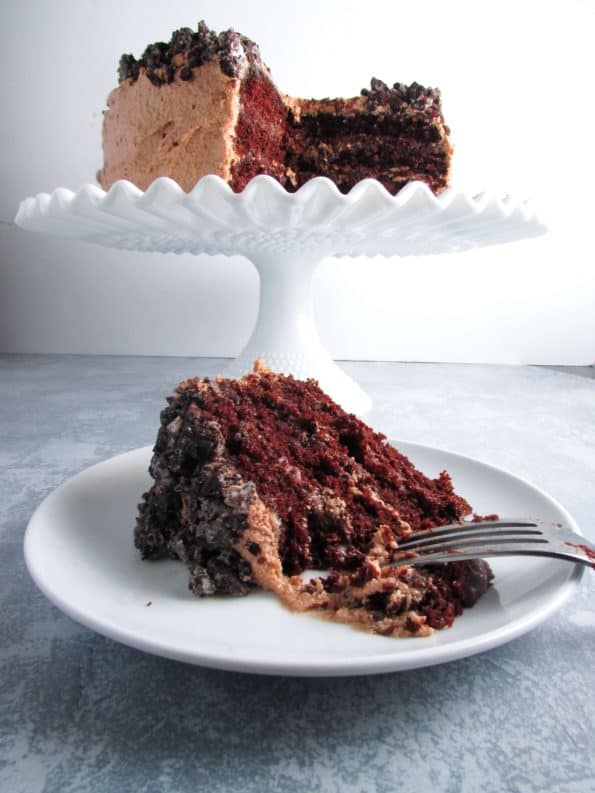 If you’re intimidated by making a layer cake or even just a cake that’s not from a box – don’t be! Cooking has been in my veins since I was born, but baking I only picked up around 2012! That being said, its really not too complicated. There are a lot of steps, but easy ones at that. My advice for anyone just starting out with baking whose feeling ambitious is to slow down, measure your ingredients, and read the directions. I’ve made so many mistakes in the past just by going TOOO fast! Also, try to bake in small stages — for instance I made this over the course of 3 days, not all in one day.

This cake is indulgent, addictive, and tastes rich. However, its not overly sweet – although it does go great with a glass of milk. The layers in between the cake alternate between chocolate pudding/mousse and chocolate ermine frosting which makes sure that you get a bit of everything in every bite and the whole thing is flat out moist.

I know your next question is what the heck is ermine frosting, so here’s my attempt to explain it: it’s an old-fashioned frosting recipe which was replaced by American buttercream (and totally doesn’t deserve to be). It uses cooked flour in the recipe to help give it volume – not cups upon cups of confectioner’s sugar. In fact, there is only white sugar in it – no powdered sugar. In the end it gets whipped to an airy, light, almost whipped cream-like texture. Believe me when I say we had a couple spoonfuls 😉 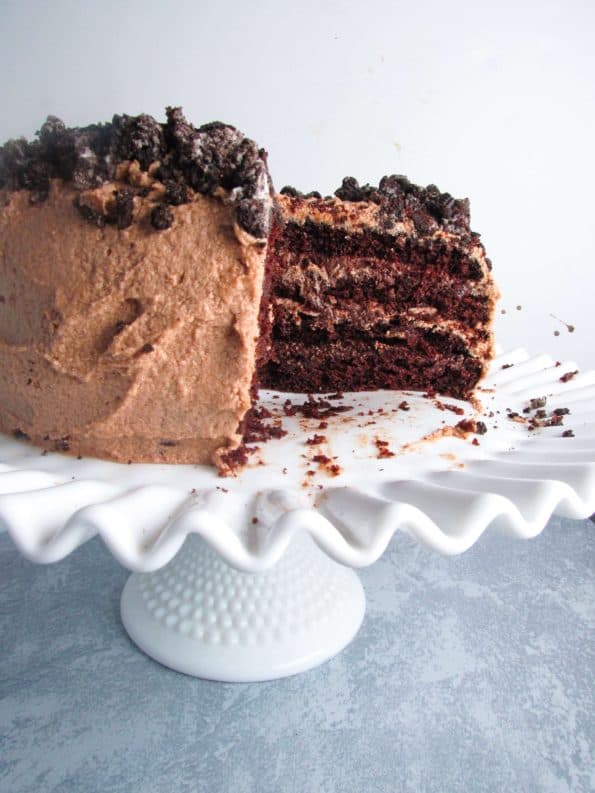 A few other things about this recipe. I took inspiration from a few other amazing food blogs to start as a base for my recipe. The cake itself is straight from Add a Pinch. Her “Best Chocolate Cake Ever” recipe was exactly what I was looking for so why re-invent the wheel? Plus, I found that it lives up to its name. It has buttermilk and vegetable oil in it so, we’re straight up indulging for this recipe — but it’s oh so worth it. The pudding/mousse filling is from King Arthur flour! I took it right out of their Chocolate Fudge “Blackout” Cake. I use King Arthur flour exclusively and am a huge fan of their recipes. So, essentially, I took 3 different recipes and combined them making one great big cake.

The part I had a lot of fun with was assembling it all to make it exactly what I wanted. I baked two layers of the cake and then cut each one in half. The frosting was light enough to be used as one of the fillings between layers and the mousse was the filling for the other two layers. On the outside, I decorated with crushed Oreo's because it’s definitely my husband’s favorite cookie! To make the chocolate filling:

To make the chocolate cake:

To make the chocolate frosting: