These Sweet Potato & Peach Hash Browns are so unexpected by including fruit in a savory dish. The flavor duo of smoky and sweet complement each other and are a cross between summer and fall. 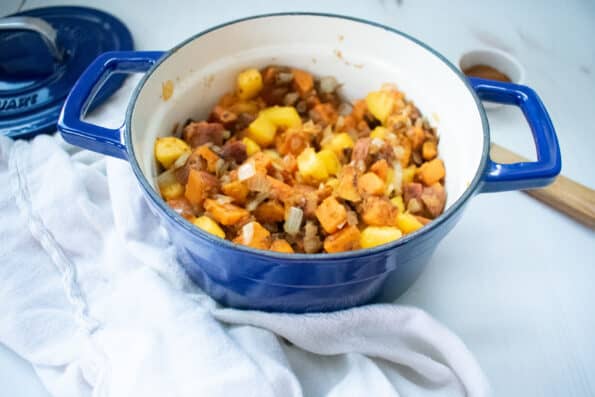 If you need proof that I’ve lived south of the Mason Dixon line for 12 years, look no further than these Sweet Potato & Peach Hash Browns! When I started cooking for myself, I was primarily only confident sticking with Italian food, since it was what I knew.

However, by cooking my way through different cookbooks and magazines, I became confident to venture out and experiment. The thing is I like directions and I like measuring (blame the architect in me). But I remember growing up when I’d ask my Mom what was for dinner and she would say something like, ‘it’s called whatever I throw together’. And if you’ve experimented in the kitchen before, you know this can either fail spectacularly or turn out to be surprisingly good!

This recipe was one of those that came out surprisingly good and has stuck with us since 2013! In fact, I even have it written in my (now) old cookbook that I started back in 2012. I don’t really recall how I came to throw peaches together with potatoes, but here we are. It ends up being just a touch southern too. It’s got a smoky and sweet flavor combination that feels like the freshness of summer and the warmth of fall wrapped together. The whole thing gets seasoned with cinnamon which complements both the sweet potatoes and the peaches.

In my opinion, it’s the perfect transitional side dish between the two seasons.  It pairs really well with all things pork, BBQ, chicken, and burgers. On the nutritive side, there’s really not much added to it since the flavor comes directly from the produce. You end up getting both a serving of fruit and vegetables in one side dish too. 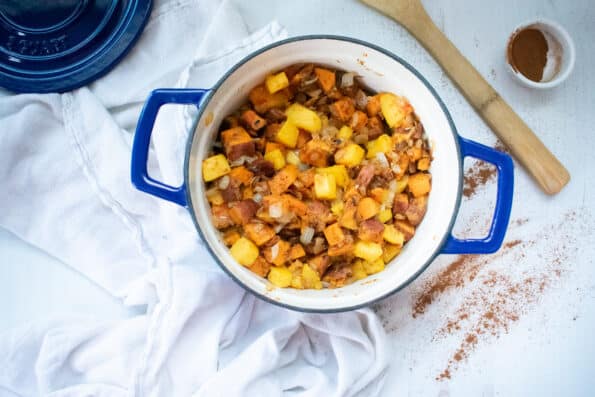 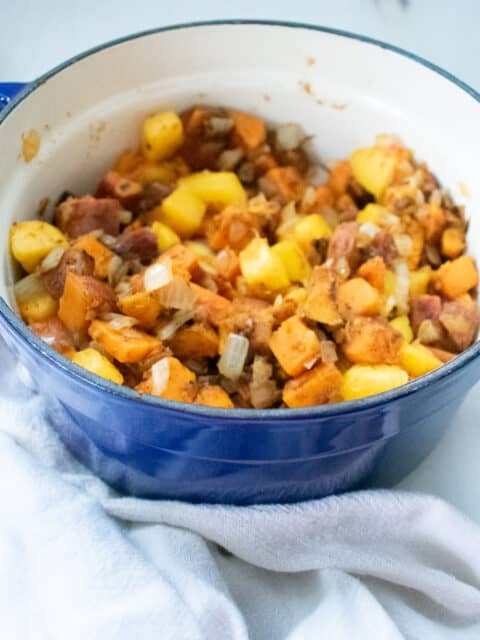 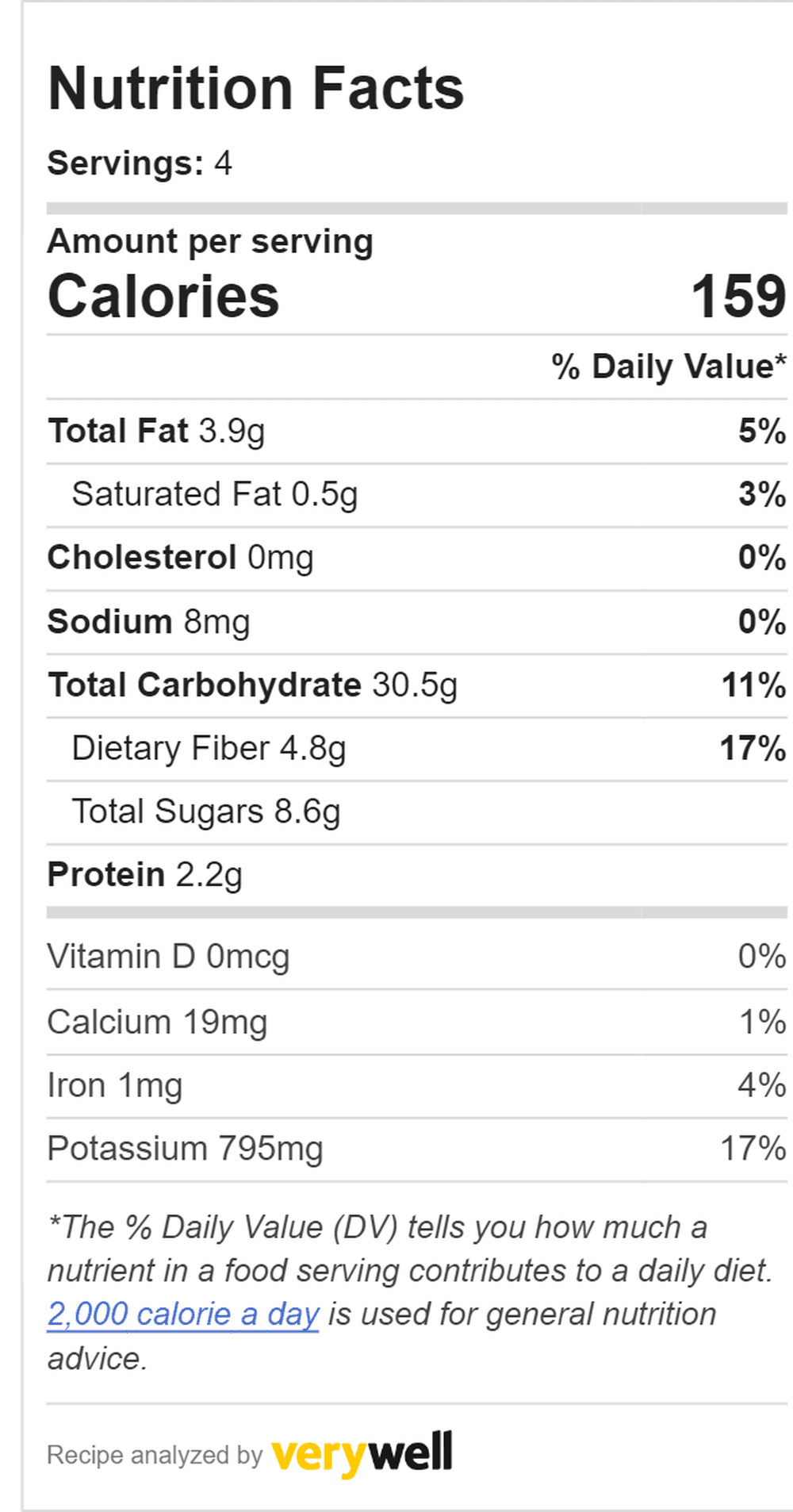