In case you’re looking for another reason to eat pumpkin, this Pumpkin Chocolate Trifle is a light dessert that’s perfect after a big holiday meal that features layers of pumpkin, chocolate, graham crackers, fresh whipped cream, and topped off with candied pecans. 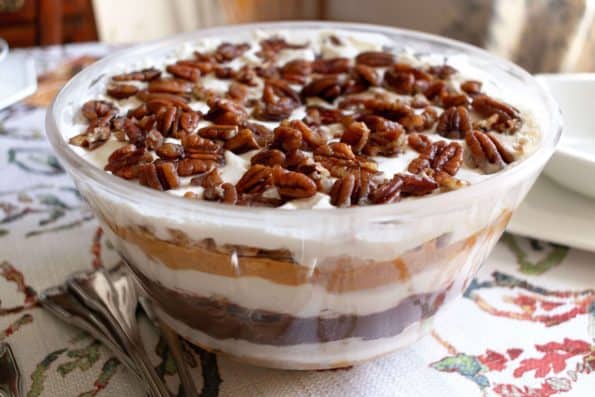 Every year for Thanksgiving, Christmas, or both my Mom makes her much anticipated ice box cake. It’s almost too simple to fathom and is perfect for people who hate baking. But the great part about it is that it’s as irresistible as if you baked all day. I always think of ice box cake as the dessert that has the least effort, but greatest result. Kind of like a "dump cake" where the ingredients do all the hard work.

I especially think that it’s perfect for holidays when you’re eating a ton of food and there’s no room left for dessert, but you need to (obviously) have dessert.

While I love those simple flavors that taste close to a s’mores – I wanted to change them up a bit. I’m only making 3 small changes. Keeping the original recipe the same, but adding a few layers of pumpkin pudding, making the whipped cream myself, and topping it all off with some candied pecans. Mhmm, now it screams fall. 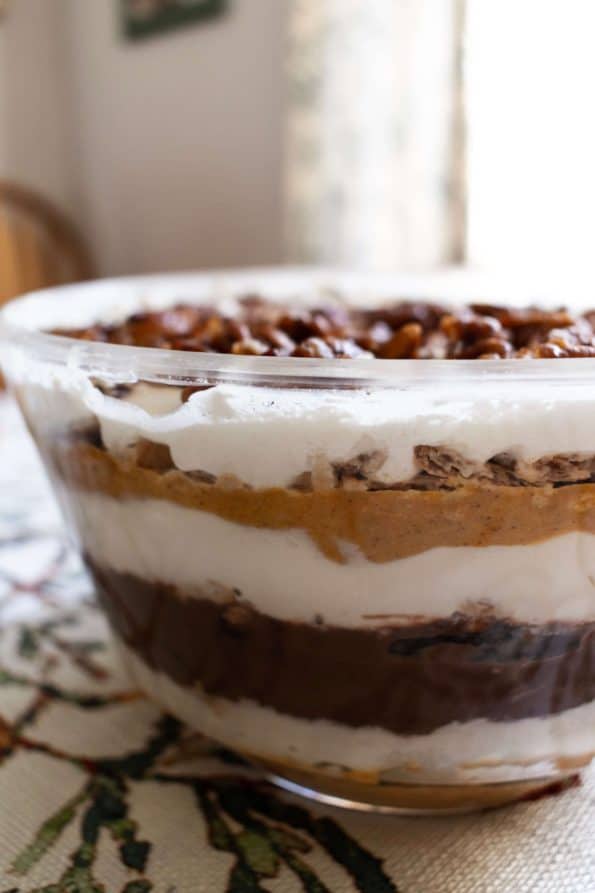 At first, I was a little unsure of how pumpkin and chocolate would go together, but they complement each other so well. The graham crackers in between layers soften the longer you let it sit – which is totally what we want. Also, I personally think that homemade whipped cream is the way to go for this because fresh whipped cream is incredibly cloud-like and stands out more than store-bought cream.

If that sounds like too much effort, let me just tell you, making whipped cream is as easy as pouring heavy whipping cream into a bowl, adding a couple tablespoons of confectioners’ sugar, and whipping with a hand-held mixer or stand mixer for 5 minutes on high. THAT’S IT. For gloriously soft and mildly sweet whipped cream. Then, topped with some candied pecans for texture. 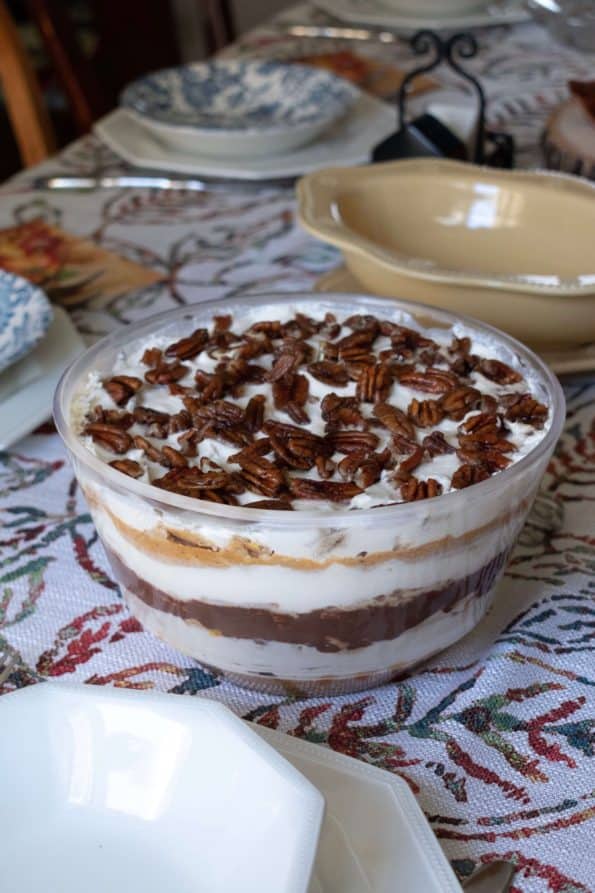 Just a note: if you don’t keep your cream & the bowl its in cold, it may start to fall after a day. If you don’t layer all your ingredients right after making them, give the cream another good whip for a minute or so until it holds its shape again when you are ready to use it.

The container you make this in will also make a difference. In a large trifle bowl, you will likely have more of a pudding than a firm cake that will form in a casserole dish. This all depends on your pudding to graham cracker ratio. (yes, that’s a scientific measure!) Okay, now let’s make this Pumpkin Chocolate Trifle! 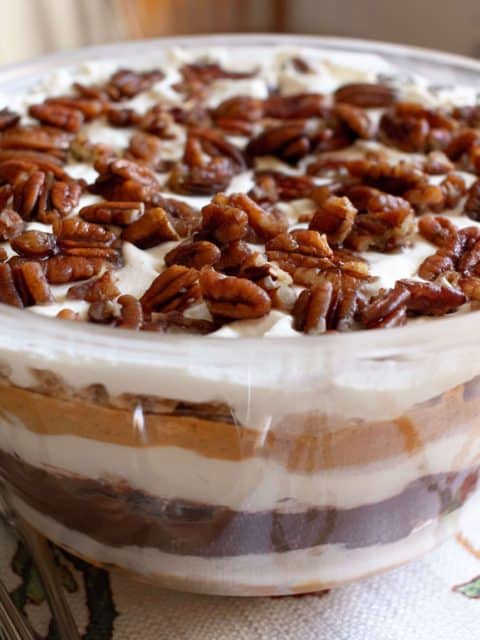 NOTE: This is for a large trifle bowl, for a smaller serving divide recipe in half