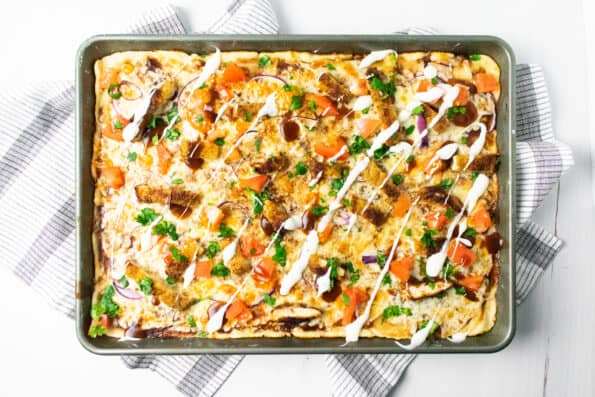 I don’t know how using BBQ sauce on a flatbread or pizza first came about, but I’m going to say it was a happy accident, just like the creation of chocolate chip cookies. The combination of these ingredients is almost on a bizarre level, but they work so well. This pizza takes me back to half-priced appetizers of boneless BBQ chicken wings with ranch dressing, flatbreads, and spinach dip. In other words, it’s so fun it tastes like college.

If you’ve never had bbq chicken pizza before, stay with me here. I know initially, it sounds a bit like putting pineapple on pizza, but this jives a whole lot more in my opinion. The flavor combinations are surprisingly satisfying. You get the bubbly mozzarella, sweet and smoky bbq sauce, sharp onion, fresh tomatoes and cilantro, greasy and juicy fried chicken, and the refreshing ranch dressing to top it all off. If it sounds a little out there, it's because it is. But if you’ve tried this flavor combo before you know it’s actually quite addicting. 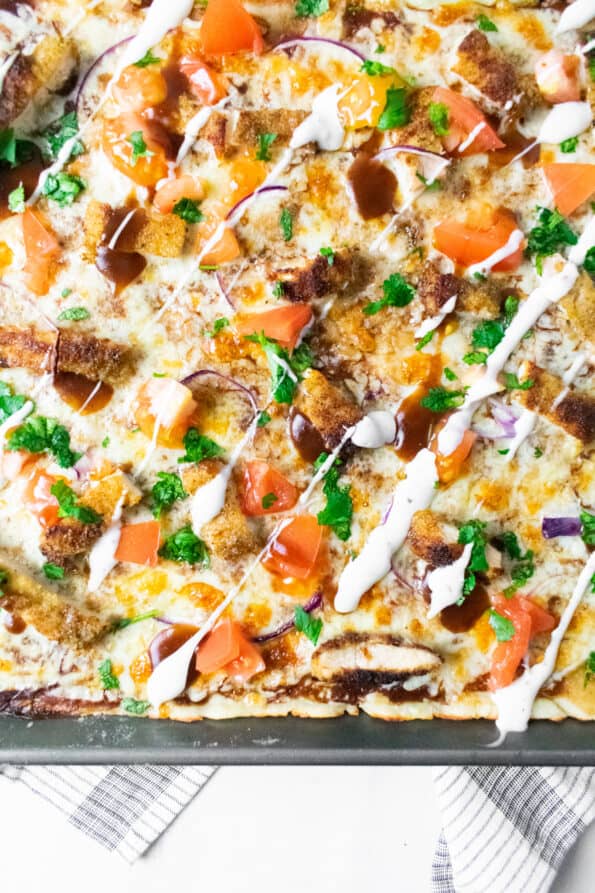 WHAT IT’S GOOD FOR

There’s no reason BBQ Chicken Pizza should be saved only for something fun – like a party, tailgating, or just the weekend. It’s macro-friendly enough that this pizza can become a weekday staple. Plus, how fun would it be to have pizza in the middle of the week?

In addition, the dough is a no yeast dough, so it doesn’t need time to rise. The dough is surprisingly just a combination of Greek yogurt and flour. This flavor is not imparted onto the dough whatsoever. But it does lighten the dough and make it higher in protein. It rises with the help of some baking soda. This makes it quite flexible to bring it together.

The only other ingredients that need to be assembled are the chicken cutlets. If you have some prepared chicken cutlets in the freezer, you could totally use them as a shortcut. But otherwise, the chicken is simple since there are only two to make.

If you’re making this pizza for a lot of people you could cut it into smaller squares or strips to serve alongside appetizers. You can also make this alongside other pizza flavors, like this Homemade NY Style Pizza & White Pesto Pizza with Mushrooms. 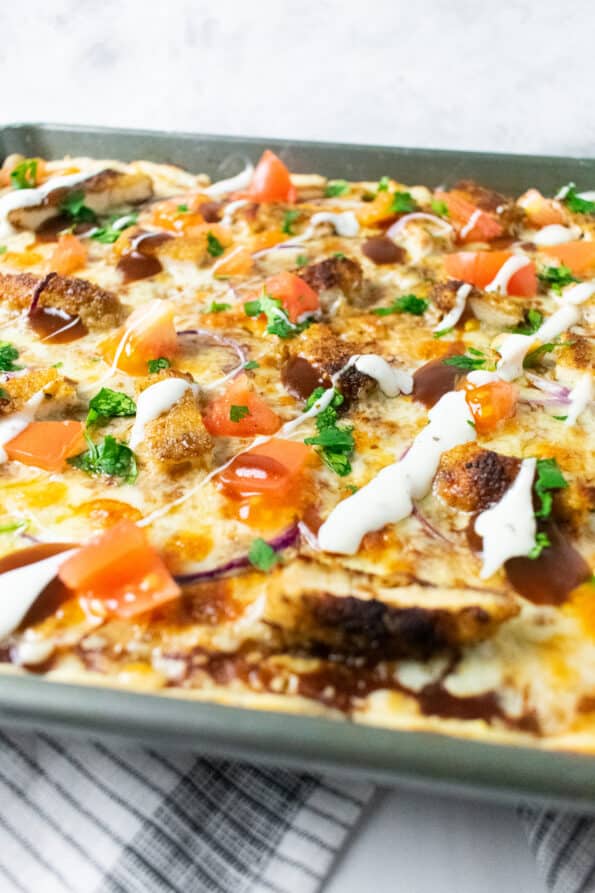 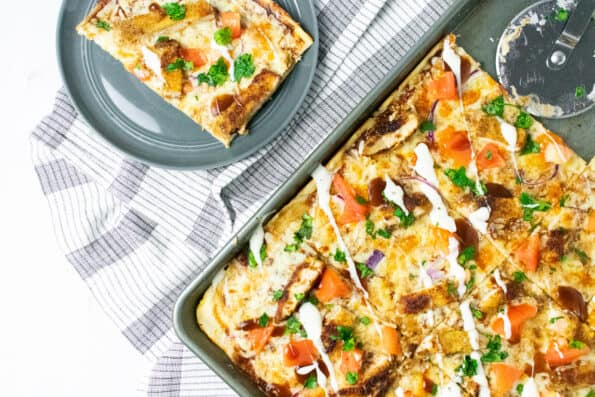 Chicken cutlets – Normally frying up chicken cutlets takes so long, but we’re just doing two thin cutlets for this. Buy them already cut thin for you to save on time.

Greek yogurt dough – This basic dough comes from Skinnytaste. It's in this Margherita Pizza recipe, but I wanted to use it for this pizza because we’re adding a lot of toppings so I wanted the dough to be lightened up. Otherwise, a regular pizza dough would send the calories and macros for this recipe much higher and out of balance.

To make this recipe with regular pizza dough: make sure you allow adequate time for the dough to rise, then knead it out onto the baking pan. Par bake at 425, but only for 5 minutes. Then follow directions as is, but increase the final baking time to 20 minutes.

One slice of pizza contains 216 calories, 16 grams of protein, 21 grams of carbohydrates, and 7 grams of fat.

This pizza will keep in the fridge for 2-3 days tightly wrapped before getting too soggy, however, it does freeze well and will keep for longer like that. Reheat on convect bake at 400 for 10 minutes or under a low broil for 10 minutes. 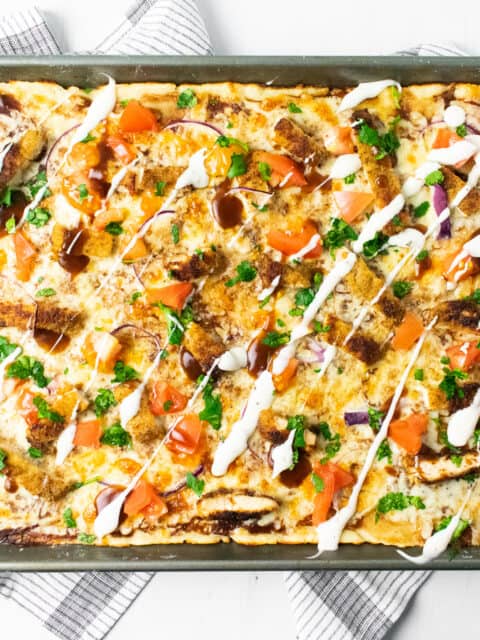 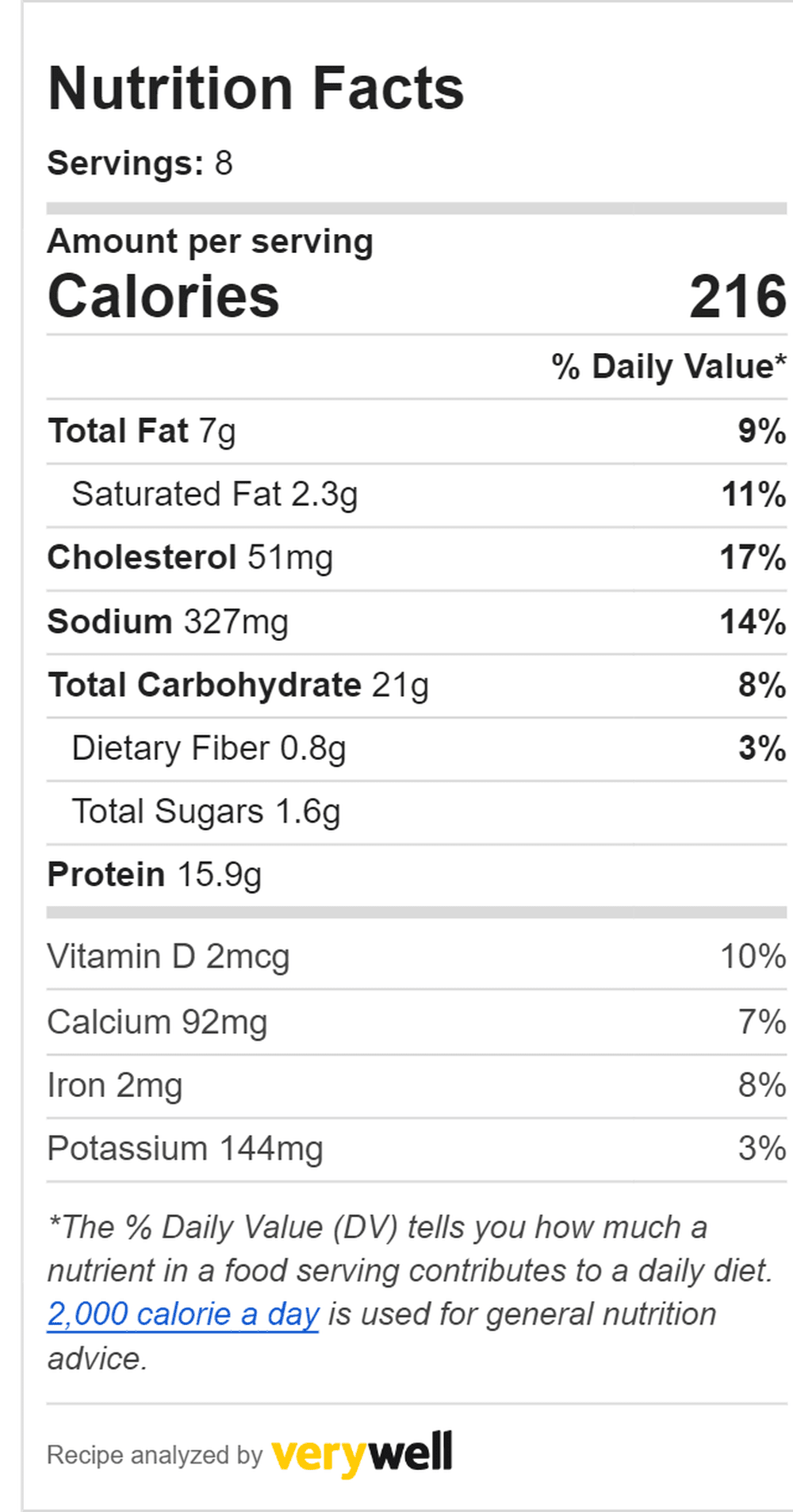