Peaches might just be my favorite fruit. That’s it. I’m going on record. Isn’t it funny though that I’ve never actually baked them? Until now that is. I realized this when a friend asked me if I had any peach cobbler or pie recipes and I replied, nope. I had a few weeks to change that before the grocery store stopped selling peaches.

I’m a fan of any kind of fruit topped with a crust, but you already knew that because of my blueberry crumble. Let’s go over real quick though what the difference is between cobbler, crumble, crisp, and pie because these are important facts of life that need to be discussed. 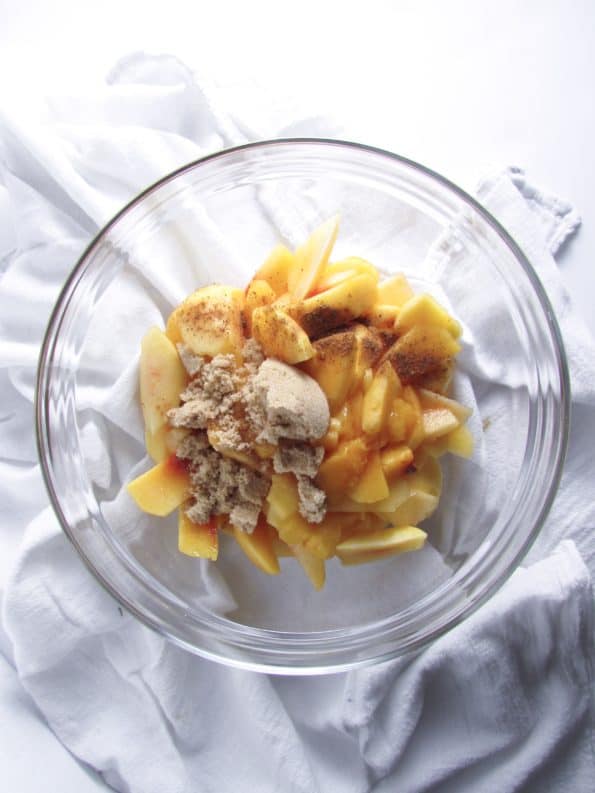 Easy one first. We all know what pie looks like. Classic “pie crust” fluted around the edges of a dish to cover endless types of fillings. Pie crust specifically is made from cutting very cold butter into flour. That’s all it is: butter, flour, and water, really very simple, but the technique takes a little skill unless you have a stand mixer. Worth it and more delicious in the long run, but in a pinch, the frozen stuff works great too.

Crisp and crumble on the other hand are a little more forgiving. They both contain a streusel topping of flour, sugar, and butter that just like the name says, gets crispy, crunchy, and crumbles on top of the filling. They vary only because a crisp usually contains oats.

A cobbler is a whole new world for me though. Now I clearly know that I’ve been missing out. The batter reminds me of making biscuits – it’s very simple to come together. When it bakes up, it tastes like cake with the consistency of corn bread. Plus, with the gooey sweet peaches in and around the batter, you can’t lose. 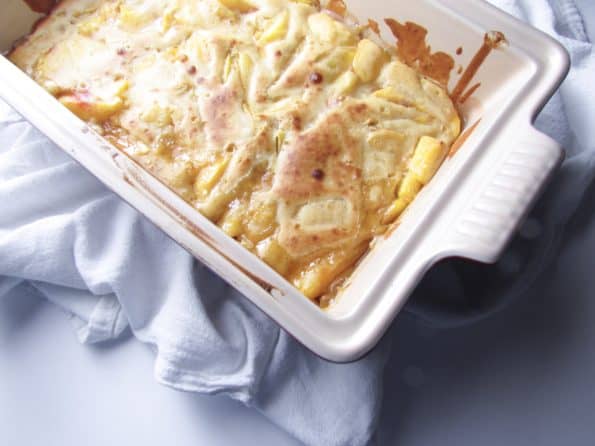 As usual, I tried to lighten this up a bit so we can have our cake and feel good about eating it too. On my first rendition, I quickly learned that there is most definitely a limit for how much butter and sugar you can eliminate! The final recipe is one that still cuts out half of what most recipes add in and trust me, you won’t think it’s missing anything. 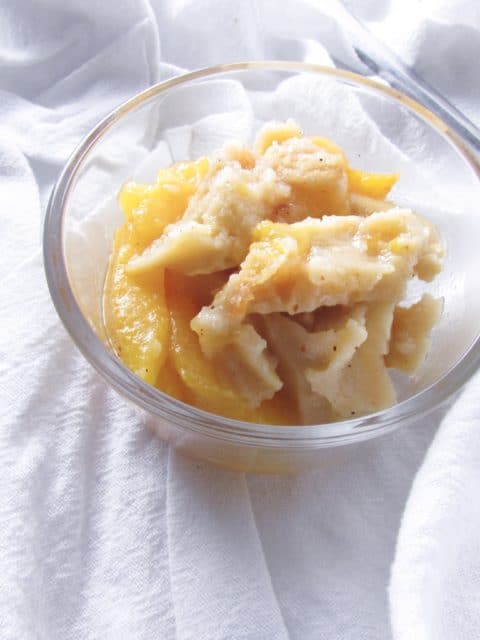