Chocolate Graham Cracker Icebox Cake is velvety, rich, & deeply satisfying – yet is one of the most beginner-friendly desserts since it requires no mixing & no baking in the oven.

We make this dessert often not because it's so low in calories and sugar, but because it’s a tradition. Although the fact that it's also diet-friendly is a happy side effect. As far as I know, my mom was the first person to make this dessert in our family and continues to make it for the holidays every single year. We all kind of look forward to it and it's definitely weird if it's ever missing from the dessert table.

My mom is one of the last people to bake anything from scratch (she’ll admit that too), so that should tell you just how easy this is. Icebox cakes have one similar trait: they don’t bake in the oven. Icebox (refrigerator) cakes do all their “cooking” in the refrigerator by softening and forming. This is similar to a trifle.

Fun fact…the origin of the icebox cake is from the 1930s since that’s when companies started pushing the refrigerator as an appliance. The combinations for this dessert really can be endless, but I wanted to introduce the one my family traditionally makes first. 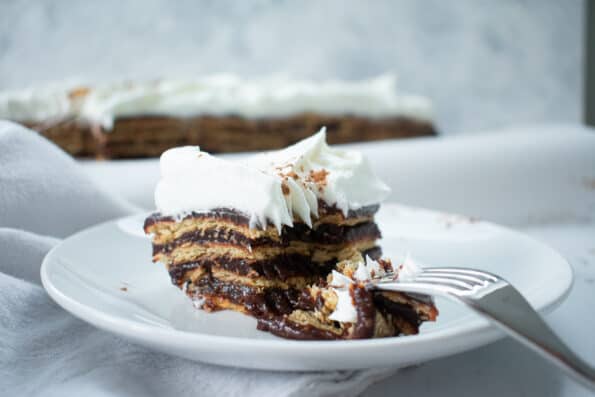 The combination I see all over the internet is actually a chocolate wafer and whipped cream cake. This Chocolate Graham Cracker Icebox cake is made up of layers of chocolate pudding and graham crackers. 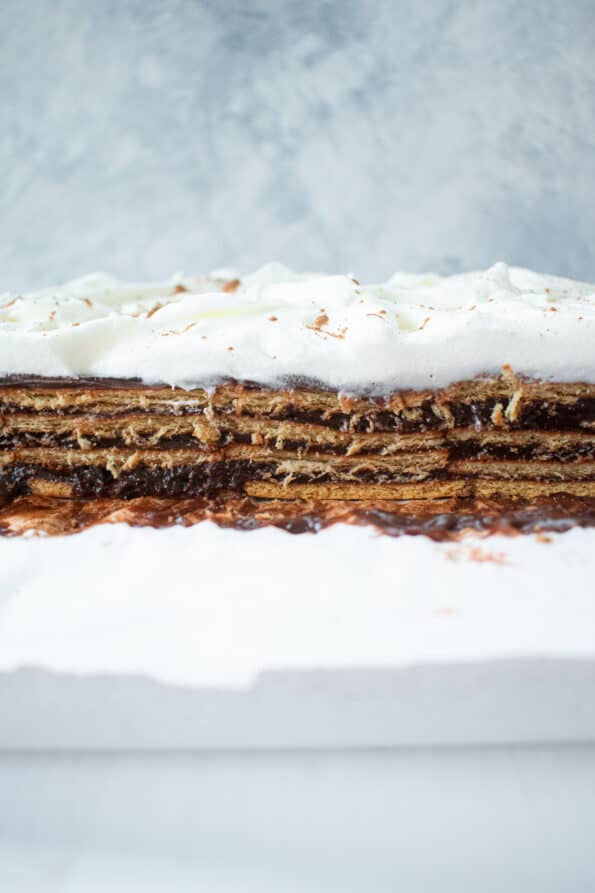 While it sits in the fridge overnight, the graham crackers (or any biscuit/cookie you use) will soften from the wet ingredients added. The texture then becomes soft and the flavors sort of combine. The only steps to make this are mixing the pudding and then layering the cake – which you CANNOT mess up, I promise. I like to think of this cake as dessert lasagna ????. Make this the day before you want to eat it though.

If you’re going for presentation, make sure to leave parchment paper on the bottom of the container and let it overhang on both sides. Carefully lift it out once it's chilled for at least 8 hours and rip the extra parchment around the edges. 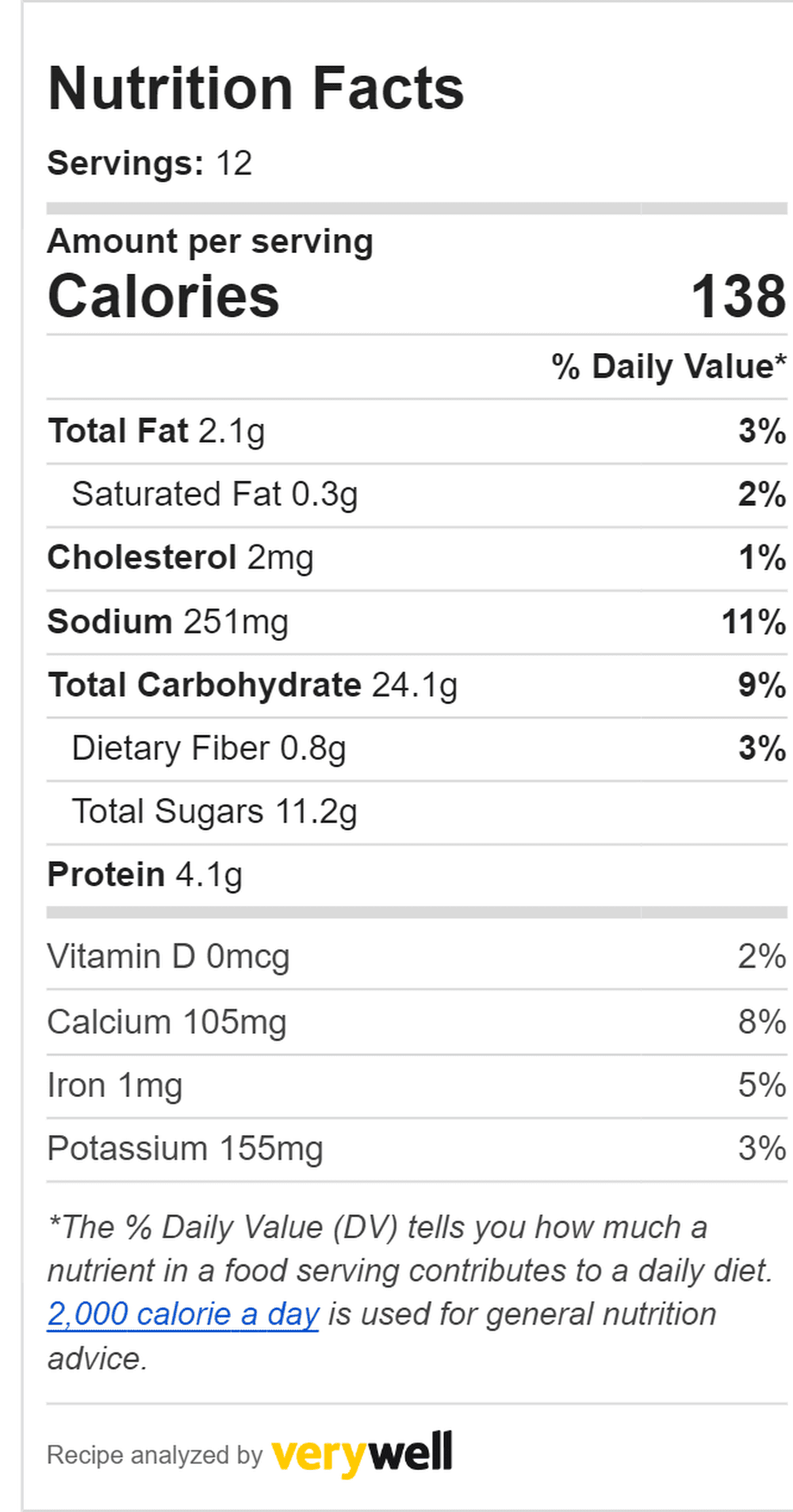