This Easy Apple Tart is a fall favorite made even better by having minimal steps. It's got the traditional flavors of apple, cinnamon, and spice - all beautifully spiraling on a flaky pie crust. 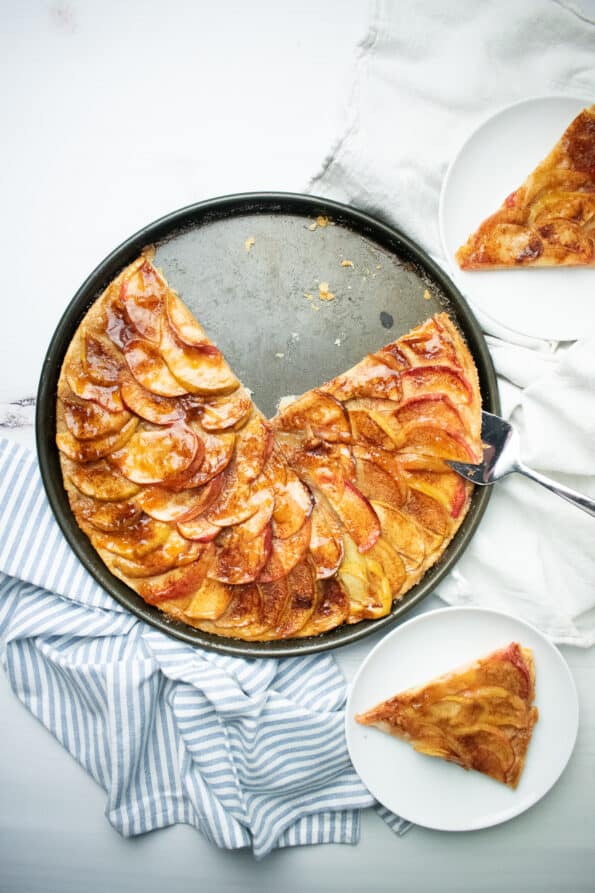 As usual, it's October and I feel obligated to be making apple desserts - regardless of the actual temperature outside. Bring on the apple picking, the pumpkin spice lattes, and flannel shirts. Yep, I'm one of those people! Apples are ripe for picking in September and (thus) the best for eating at this time of year. So, that makes Apple Pie the first fall dessert I crave. But...my household is only two people and pie can be a bit much. It's a commitment for two people to finish a pie! 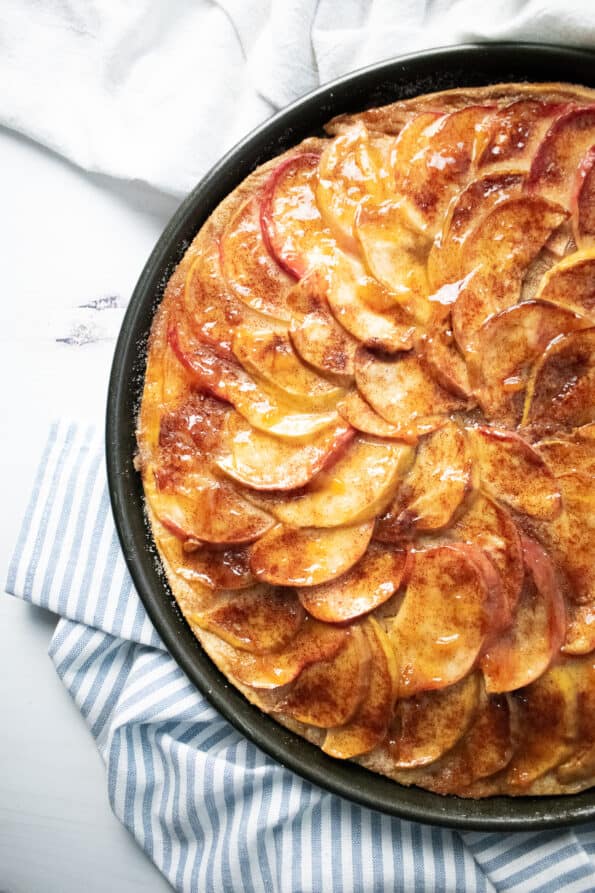 Apple pie is also an endeavor. Sure, you can buy the pie crust to use as a shortcut, but pie needs to cool for FOUR hours before you can slice into it or it will just fall apart. It’s worth it, but when I don’t have time or patience (possibly always) this recipe fills the fall dessert void fast.

I came across a version of this recipe last year when I had the urge to bake something. We didn’t have much to improvise with, but luckily everything this recipe calls for is pretty much already in your pantry. I love it because it's crazy simple, but looks so fancy and the flavor is reminiscent of apple pie. 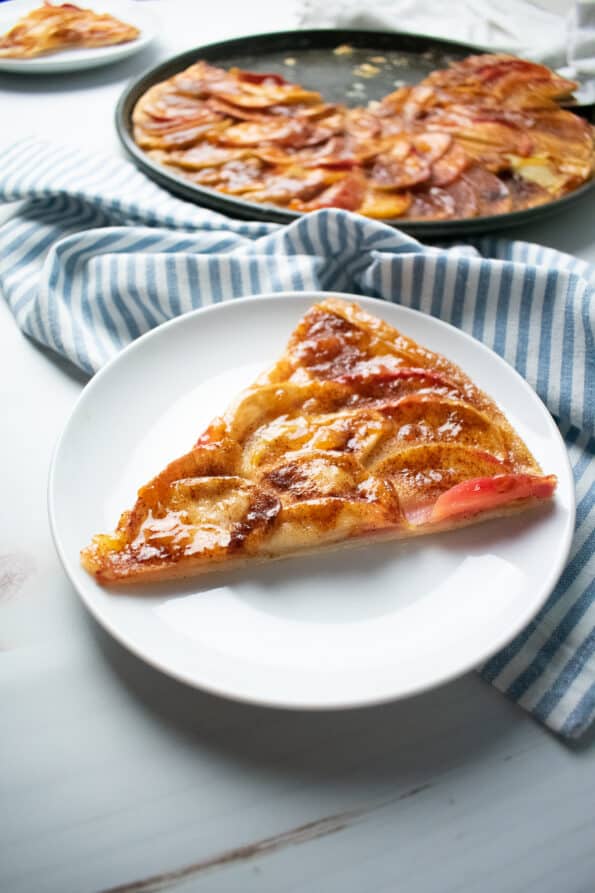 Start with the pie crust. You can make your own, but store-bought crust is great too and is ready to use. I used my pizza pan to make this tart on because it will lie flat and it gave me something to mold the crust into. In a small bowl, mix together sugar and cinnamon. Sprinkle 1 tbsp of this cinnamon sugar onto the crust.

Slice your apples. There's no need to peel them, unless you really don't like the skin, but I find that it blends right in. I use an apple slicer which cuts it into 16 wedges, but then I slice them in half again because you want the apple slices on the thinner side so it stays pretty flat. 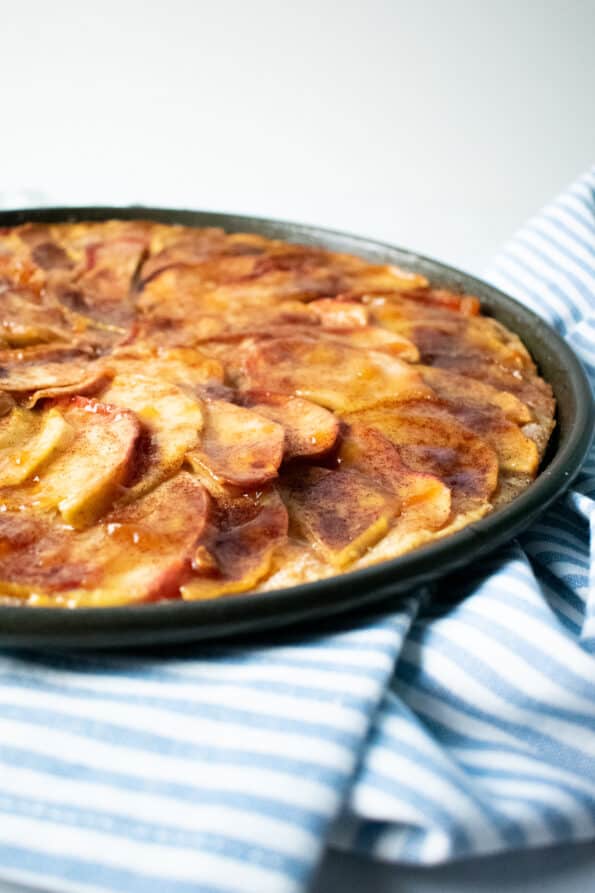 Now the fun part! Arrange the slices around the pie crust, starting from the edge. Sprinkle the remaining cinnamon sugar on top of the apple. Bake at 425 for 30 minutes. The crust and apples will become golden.

When the tart comes out of the oven, heat 2 tbsp honey or apricot jam with vanilla extract in the microwave for 30 seconds. Brush the honey/jam/vanilla mix on top of the tart entirely. Slice with a pizza cutter and enjoy! 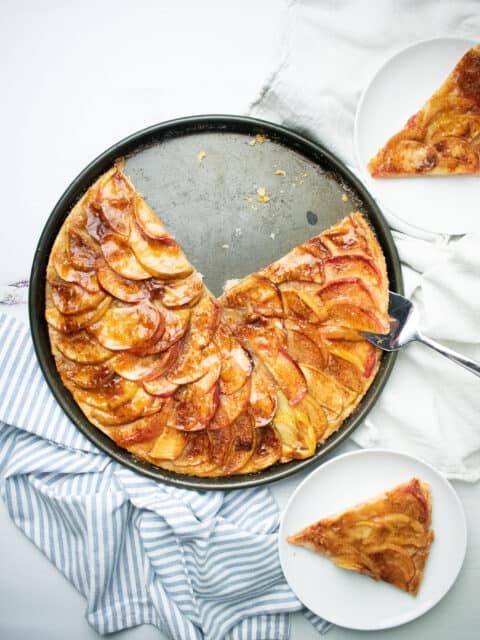